Can’t you just hear the roar of the crowd in the new Protective Stadium? After all the years of talk, it’s hard to believe that it’s now officially on its way.

We’ve got the latest architectural renderings, and they bring the vision to life. Read on for all the details.

The Protective Stadium site is slated to be a $175m project

For that money, Birmingham gets quite a few things:

According to our sources at the BJCC, public and private partners stepped forward to make all of this possible. They are grateful. As for us, we can’t wait to see the finished stadium.

But first, they have to re-grade the site

Just like an artist has to prepare a canvas, construction crews have to prep the Protective Stadium site. Here you can see where they’ve started removing sidewalks and trees.

Grading the Protective Stadium site is its own mini-project

Here are the recent highlights:

Stay tuned for updates on the Protective Stadium site as it develops. If you hadn’t already guessed, we kind of think construction is cool, so we’ll be sure to keep you in the loop.

Meanwhile, if you have plans to head to the BJCC, Legacy Arena or Uptown, The BJCC’s “Know Before You Go” page has all the info you could possibly need. 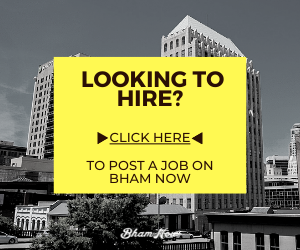