The rising Birmingham food scene strikes again!  This week, TripAdvisor named the Magic City one of their 10 up and coming foodie cities in the US.

TripAdvisor is the largest travel website in the world, with more than 315 million reviewers (active and inactive) and over 500 million reviews of hotels, restaurants, attractions and other travel-related businesses.

Joining Birmingham on the “up and coming” list are:

Here is how TripAdvisor described Birmingham:

“This buzz-worthy city is exploding with new quality restaurants, boasting outstanding Southern cooking and much more.” 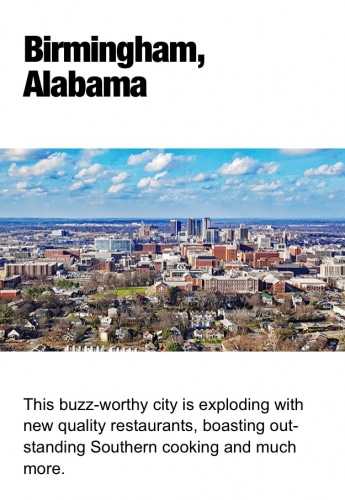 From the foodie revolution to the revitalization of downtown, Birmingham continues to be recognized by national publications as an up and coming American city. Check out the growing list of stories since 2017.