Visit Morris Avenue and you cannot help but notice the construction going full steam ahead on the 60,000-square-foot Founders Station. But there is a quieter transformation afoot. The Birmingham entrepreneurs behind Honeycreeper Chocolate and basic. have announced their dual storefront, opening this summer on the storied cobblestone street. They are leasing the space from Heidi Elnora, a local bridal designer whose boutique is next door. Could Morris Avenue become the Birmingham Retail Row?

A craft chocolate shop and a clothing store joining forces exemplifies the collaborative, innovative spirit of Birmingham’s new generation of retail entrepreneurs. Courtney Pigford of Honeycreeper Chocolate and Lacey Woodroof of basic. share a commitment to ethically produced goods. The two both began as pop-ups in Winslet & Rhys on 3rd Avenue South and came to know each other well. From splitting the electric bill to sharing a customer base of environmentally and socially conscious shoppers, opening a dual storefront just made sense.

“We were really drawn to Morris Avenue with everything that’s going on there in terms of the redevelopment and restoration of the area.”—Lacey Woodroof

A dual storefront alleviates much of the financial burden and stress that comes with opening a new store, but it also reflects Woodroof’s and Pigford’s shared philosophy. “We believe in supportive businesses as opposed to competitive businesses. Courtney and I are very much of the mindset that the better you do, the better I do,” Woodroof said.

From designer to retail boutique owner to first-time landlord

Heidi Elnora restored the 1890 building that houses her flagship bridal boutique, Heidi Elnora Atelier, on Morris Avenue. She met the criteria to receive federal and state tax credits for historic preservation, and opened shop in 2016. “I’m really proud of that,” she said. “I’m glad I got to bring it back.”

Her property includes the storefront next door, which she used to rent out for events. Now, with Honeycreeper Chocolate and basic. leasing the space, she is moving the event-space portion of her business, known as The Changing Room, to the floor above her bridal boutique.

“I’m proud of Lacey and Courtney, as entrepreneurs and for the diversity and energy they are bringing to Morris Avenue.”—Heidi Elnora

If there is a singular vision for the future of Morris Avenue, Heidi Elnora has an idea: the Birmingham Retail Row. She’s glad her first tenants are bringing more boutique retail options to the street.

“It’s time Birmingham has its own Retail Row.”—Heidi Elnora

Rounding out Honeycreeper Chocolate and basic., The Essential, a new restaurant headed up by Feast & Forest’s Victor King and Kristin Farmer Hall, will open on the corner. Soon, brides visiting Heidi Elnora Atelier will be able shop and eat between appointments just by stepping out the door. And, of course, just a few doors down, Alabama Peanut Company is revamping Birmingham’s historic peanut roasting facility.

If Heidi Elnora gets her wish, a “Retail Row” would be Morris Avenue’s third such designation. From Birmingham’s early years until the destructive fire of 1965, the street served as the city’s bustling produce district. From 1972 to 1977, Morris Avenue was reborn as the city’s entertainment district, home to Diamond Jim’s, Oaks Street, Victoria Station and the Show-Boat Lounge.

In the near future, more customers will be in the vicinity to support a hypothetical Birmingham Retail Row. The development of Founders Station, which includes the site of The Essential, will bring condo dwellers, diners and bar goers to the city block. Rhaglan Hospitality is redeveloping the Protective Life Building, a property that abuts Morris Avenue, into a luxury hotel.

Jay Brandrup, founder and principal of the web design and development firm Kinetic, situated across the street from Heidi Elnora’s storefront properties, couldn’t be happier about the area’s growth.

“We are tickled to have the new additions and the continued investment in the restoration and overall vibrancy of Morris Avenue.”—Jay Brandrup

Kinetic’s current Morris Avenue location comprises Birmingham’s oldest remaining commercial building, as well as the former Victoria Station, a kitschy British rail-themed pub and steakhouse that opened in the 1970s. (You can’t miss it: it’s partially made up of three authentic boxcars and a red caboose.) Inside, Kinetic is a combination of space-age design and an ode to Morris Avenue history.

That leads to one final point. Whatever the venture—retailer, attorney, architect, Carrigan’s Public House or the nearly three-decades-running Morris Avenue Eyecare—there is indeed a unifying feature of Morris Avenue businesses. It is a love of the place, its historic character and its energy. And the good news is, there’s a lot more room for it to grow.

What do you think, readers? Would you like Morris Avenue to become the Birmingham Retail Row? What stores would you like to see open shop?

Lifelyles Gifts & Interiors makes its way to Mercantile on Morris 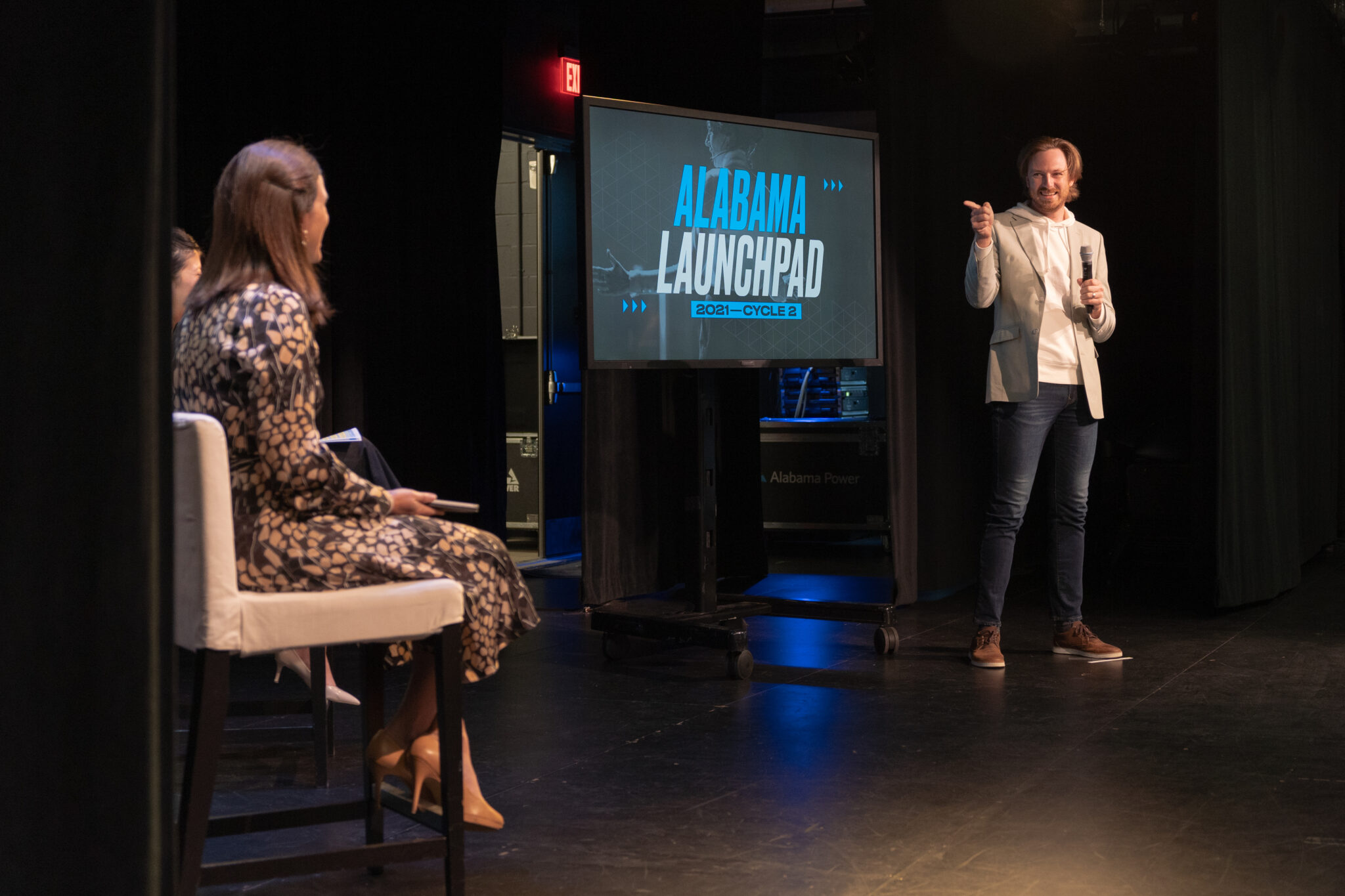 6 finalists, $25K in funding on the line at Alabama Launchpad’s Virtual Finale, November 17