With the 4th of July coming up, we thought it’d be a good idea to share with you the best hot dogs in Birmingham, complete with ratings from Yelp and Trip Advisor.

While we know most of you will be grilling from home on the 4th, July is the perfect month to go out and try what Birmingham has to offer. From locally-owned to growing by the minute, here is your ultimate guide to dogs in the ‘ham:

Coming in hot as one of the best hot dogs in Birmingham, Gus’s Hot Dogs is known for its famous dogs. They are proudly Greek originated and have been in business since 1947.

Also ringing in on the list for the highest rated dogs in the ‘ham is Sneaky Pete’s. Open since 1966, Sneaky Pete’s has grown into a chain with locations scattered across Alabama. Be sure to try their Sneaky Pete Sauce, a legendary recipe pairing perfectly with the Sneaky Pete Dog.

Located above Fancy’s on 5th, Hot Diggity Dogs is a ‘ham favorite for its illusive environment. Did you know that within the hot dog joint is a speakeasy called The Marble Ring? Guess you’ll have to go to find out more! Hot Diggity Dogs sells both Kosher beef and tofu dogs.

Fan favorite: Create Your Own

Originally a Sneaky Pete location, Bama Hotdogs’ owners took it upon themselves to rebrand and create their own version of an Alabama hot dog in Tarrant City. This family business ensures good quality food for its well-behaved patrons.

Another local favorite, Jimmy’s is a hot dog and burger joint across the street from Sneaky Pete’s. You may think they’d be rivals, but Jimmy’s’ owner was actually the OG Sneaky Pete’s owner’s brother! Jimmy’s used to also be a Sneaky Pete’s way back when.

One of a few hamburger + hot dog combination joints, Tony’s offers a good selection of both. Although customers rave about the delicious burgers, the hot dogs are also a must try in Birmingham.

A locally-owned grill in Birmingham, Paul’s offers Chicago style hot dogs as well as burgers and sandwiches. People love the service at Paul’s, and most of them are familiar with Paul himself. Come here for a delightfully quick and simple experience.

The Standard resides within the Pizitz Food Hall! The stand puts a Birmingham twist on all of their burgers and dogs. Since they use Nathan’s hot dogs, they are always tasty and full of Standard flavor.

Marilyn’s Deli is another locally-owned gem. Stop here for freshness, quality, and the quaintness of local diners.

Scott’s Koneys is known for their inexpensive specialty hot dogs. Fans know to try a little bit of everything because their slogan is “We’re more than just dogs!” Despite that, the dogs are pretty darn good.

Which tasty hot dogs are your favorite? 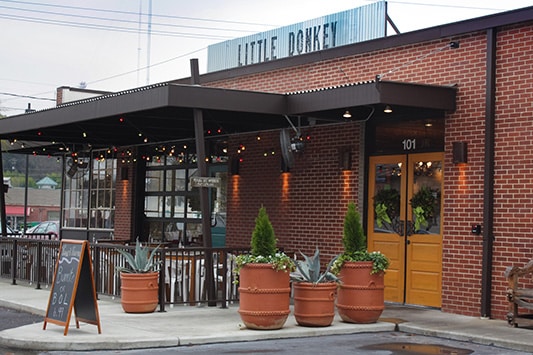