“Your trailer was definitely the one that got me to ask my editor, ‘can we pull from all Alabama-native producers, not just Birmingham?’ – it’s a lot of fun!”  I interviewed Huntsville film director Ben Stark about his life and his upcoming short “Rocket City Shakedown!”

Who or what got you into filmmaking?  Why do you do what you do?

So as a kid I was into drawing comic book, writing.  And I liked movies.  And then when I was ten I saw Jurassic Park and then I loved movies after that.  So that got me into, “this is something I really love,” and it was always kind of a frustration that I couldn’t do it, like I tried to play with our family’s camcorder and couldn’t figure it out.  It was this frustrating thing so I kind of gave up the dream.

After I graduated from high school, I got back into it, and went to the University of Alabama and plunged into it – went for a Telecommunications and Film degree.  I wasn’t sure if I wanted to study film or if I really wanted to make it until I got my hands on it, and it kind of blew up.

Why do you make film in Huntsville?

I can’t say that every single one of my movies is about my home town or my state, but with this film I took the opportunity to make something very specific about where I was.  Wherever I would be, I’d be making movies.

And how did you decide how to make a paranoia-comedy-noir movie?

I don’t know, it’s one of those things where I get ideas, they pop in maybe 25%-baked, if that, and I fill in the blanks from there.  This was one where I had just made a short film called Dead Saturday that screened at Sidewalk in 2015.  It was a short film, but it was still a big deal for us in terms of labor and moving parts.  I knew it would be a while until I could make something that big again, but I wanted to make something and I thought, “let’s just make something about where we’re at.”  Huntsville has a really nice burgeoning film community and I wanted to work with as many people as I could.

So I came up with this idea that I could do for very little money, zero money really, in a very small amount of time whenever we had the time, and of course it blew up into something more intense than that.  At one point my wife was like, “this was supposed to be a quick thing, but you’ve shot more days than any other short you’ve ever done.”  It was one of those things where once I realized we had the whole town of Huntsville to make a movie about, more stuff started popping up.”  It wasn’t a struggle to come up with ideas, it was a struggle to rein in ideas!

How did you choose the music for the trailer?  They’re both Huntsville artists, right?

Absolutely, it’s Complex Flavor and Thunderkrotch.  I wanted to work with people from Huntsville, and IU wanted to highlight Huntsville artists.  There are about 5 or 6 different groups represented, I wish I could make room for more.  I had a guy, Ben Jobe, who runs an online radio station, he worked as my music supervisor.  He’s very plugged into the local music scene, and he helped me find some artists.

The best part of it all was whenever we did a special screening of the film in Huntsville at a brewery, several of the bands played at the premier.  It was probably one of the best nights of my life.  Local artists, music, film, and beer, it was fantastic.  The whole thing was designed to get as many Huntsville people involved as possible.

Any more snippets, or do we have to wait for the screening?

It’s a short film.  If you like the trailer, if the trailer hooks you, you’re going to enjoy the ride.  Hopefully you’ll want to see the movie again!

You can catch Ben’s movie Saturday – buy your tickets to the festival here! 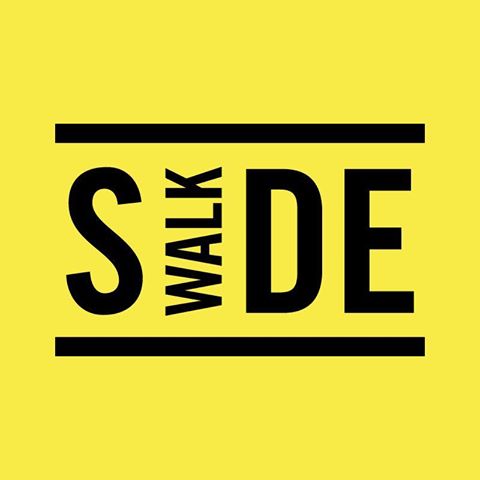 I'm a Birmingham native who loves music, cycling, reading, and tech. Find me on the campus of Birmingham-Southern College, in Avondale, or hanging out with my cat
Articles: 117
Ad