Each year, thousands of people in hundreds of communities around the country join the Alzheimer’s Association Walk to End Alzheimer’s, the world’s largest fundraiser for Alzheimer’s and dementia care, support and research. We spoke with Reneé Jones, a volunteer planning committee member and team captain for Team Chicken & Dumplins who walks each year in honor of her mother, Glenda.

Reneé walks in remembrance of her mother, Glenda Ferguson. After battling Alzheimer’s for nearly ten years, Glenda passed on December 17, 2018.

When did you learn that your mother had been diagnosed with Alzheimer’s?

Three women in my family have been diagnosed with Alzheimer’s. My grandmother passed away over 20 years ago. Then, my aunt and mother were diagnosed. That’s when I realized that Alzheimer’s was a part of my family, and that I needed to see what I could do to help.

With my mother, Glenda, we started seeing the signs in 2007 when she began to forget things. She visited the doctor in 2010, and told us, “I’ve got it.” It broke my heart.

How did your mother’s diagnosis affect your family?

It was terrible to see my active and otherwise healthy mom just slip away from us. My dad, Robert, was the first person that she forgot, and they had been married for over 50 years. But no matter what, Dad was going to make sure that he took care of Mom in her own home. She was his “Sweetie.” She stayed at home until she passed away.

Why did you decide to get involved with the Walk to End Alzheimer’s?

After my mom’s diagnosis, I wanted to find a way to get involved in the fight against the disease. I know that Alzheimer’s runs in the family, and I know my odds. I have three children and grandchildren, and I don’t want them to have to go through what I did.

In what ways are you involved in the Walk to End Alzheimer’s?

I serve as the team captain for Team Chicken & Dumplins! If you knew my mom, she was a fantastic cook and her chicken & dumplings were famous. So, of course we had to name the team after that! We’ve recruited our friends and family to walk with us each year.

In 2019, we were able to bring Dad to the Walk to End Alzheimer’s for the very first time. He had been too busy taking care of Mom in the last two years of her life, that he hardly ever left the house. He told us that although it was a sad day, he had a good time.

Why should people sign up for the 2020 Walk to End Alzheimer’s?

The Walk to End Alzheimer’s helps fund the research we need to find a cure for Alzheimer’s. And in the meantime, the Association is helping families that have to go through this.

Here are a few specific ways you can support Reneé and others walking to end Alzheimer’s:

How to participate in the 2020 Walk to End Alzheimer’s

You can join the movement to end Alzheimer’s in Birmingham by registering as an individual or starting a team. Supporting and participating in the 2020 Walk to End Alzheimer’s is as easy as 1-2-3:

Join the fight to end Alzheimer’s and all other dementia by registering, donating and fundraising for a cause that affects over 95,000 Alabamians and over 5 million Americans. With your help, we will continue to fuel the mission of the Alzheimer’s Association while spreading the word and raising awareness and funds, so that one day, we will see the world’s first survivor of Alzheimer’s. 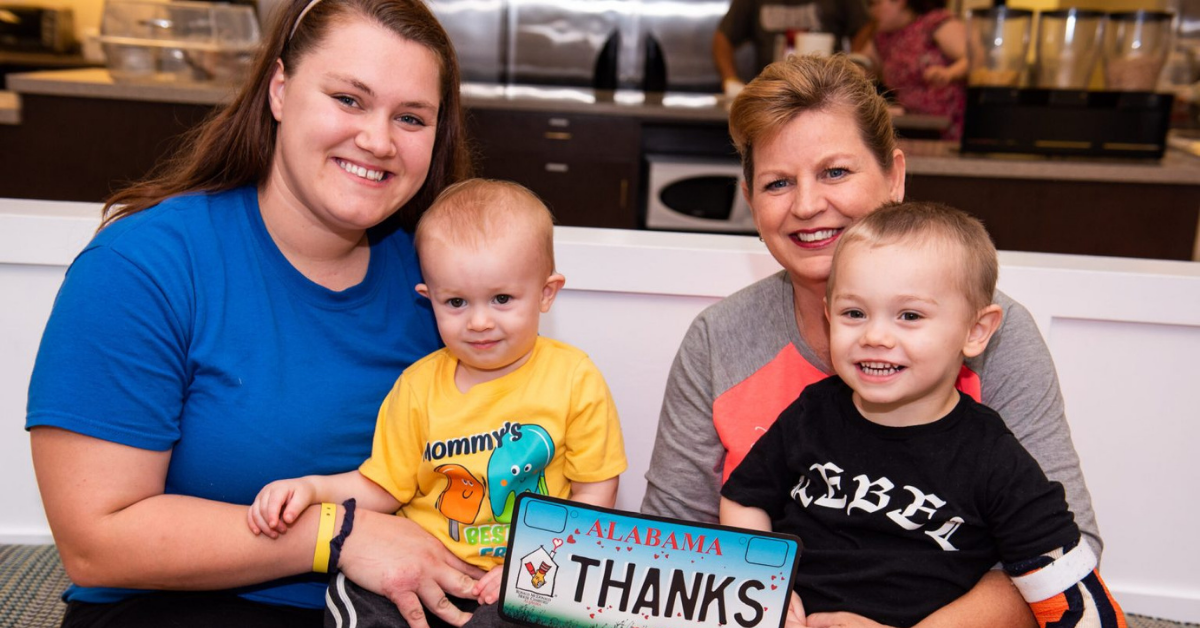