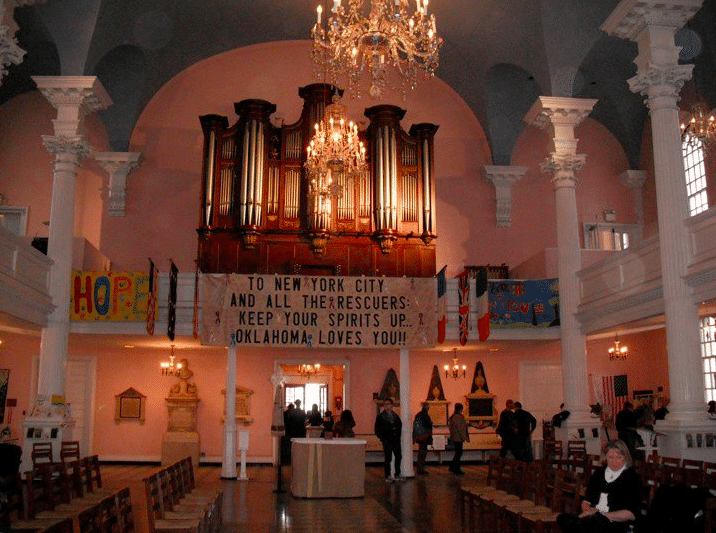 In remembrance of the 18th anniversary of September 11, Bham Now talked earlier this week with a couple of local first responders about the importance of this solemn day in our nation’s history.

A Pearl Harbor for a Generation

Captain Grant Wilkinson, Public Information Officer at the Cahaba Valley Fire District passionately illustrated to us why 9/11 matters and the impact it still has on first responders, now almost two decades later.

“September 11th was a turning point.  It was a Pearl Harbor for a generation.

Responding as they did, doing their jobs – it impacted them heavily.

We had 343 that were immediately identified as firefighters die and still have over 200, who have died from cancers that are still going on, and we expect to lose even more. It is important day for firefighters and all first responders as a profession. They did their job and lost their lives.”

Derrick Oldham, a retired Birmingham/Hoover firefighter and first responder, who recently visited the 9/11 site in New York City, described how the brave men and women who died that day are connected to today’s first responders.

“September 11th is a somber day in the fire service because we recognize the bravery and selflessness of our 343 brothers that gave their lives to save countless more people.

The fire service is like family – no matter where you go in the world. If you go into any fire station and tell them you are a firefighter, they will pour you a cup of coffee and sit and talk with you.”

Locally, Fire Departments will be commemorating 9/11 throughout the Birmingham area, mostly holding moments of silence 4 times in the morning.

Here is the schedule the Cahaba Valley Fire District will be holding their 9/11 Observance at 5487 Highway 280 across from the Publix at Lee Branch.

Wilkinson added, “Locally, we observe the time when the planes crashed, and when the towers came down.

We know that our brothers and sisters were killed at that time. We honor them.  It reminds us that we are just as fragile as they are, just doing our jobs. Day in and day out.