In times of financial emergency or crisis situations, where do you turn? The Jack’s Family Fund, the philanthropic arm of Jack’s Restaurant, has been created for just these types of situations.

On Saturday, October 27, Taylor Kitchens, regional director of Jack’s Restaurant, will embark on a one-day bike ride across the state of Alabama with one goal in mind—to raise awareness and solicit donations for the Jack’s Family Fund. Donate now.

But there is more to Jack’s Restaurant than cooking up tasty food (hand-breaded chicken and made-from-scratch biscuits, anyone?). Jack’s are also huge philanthropists in the communities that they serve. Since the very beginning, Jack’s Restaurant has been committed to supporting its communities.

Jack’s Family Fund is a non-profit corporation whose mission is to create a safety net for Jack’s Restaurant employees, guests and the communities they serve, who find themselves in sudden financial emergencies or crises.

Over the past year, the Jack’s Family Fund has provided over $50,000 in grants to people in need.

Grants funded by the Jack’s Family Fund assist with:

One Bike. One Day. One Big Goal.

You’ve probably heard about the Tour de France. Well, Jack’s has its very own Tour de Jack’s, and it raises money for a great cause.

On October 27, Taylor Kitchens, the regional director of Jack’s Restaurant will embark on the Tour de Jack’s charity ride to spread awareness and solicit new donations for the Jack’s Family Fund.

“When devastation hits, it’s never planned and it impacts people in many different ways,” Kitchens said. “The fund was created to help not only our employees and their families when devastation occurs, but also people in our communities. But in order to help, we have to raise money, and that’s why I am riding.”

So here’s the deal.

Kitchens is not just going to ride 50 to 60 miles and call it a day. Nope, he is going to attempt to do something extraordinary. On October 27, Kitchens will be cycling across the entire state of Alabama in one day—from the AL/MS state line to the AL/GA state line.

Wondering how many miles that is and how long it will take? The ride will take Kitchens across 225 miles—a total of 13-14 hours!

How did the idea for the Tour de Jack originate?

“My wife, Danyel, and I were discussing doing a cross-state ride and she suggested that I ride for charity,” Kitchens said. “As a member of the board for the Jack’s Family Fund, it had to happen! I credit my wife for keeping me focused on the more important things.”

Not only is Kitchens riding to generate awareness for the Jack’s Family Fund, but he is also striving to set the state record for his age group (50-59) for a cross-state ride.

To keep track of the time of Kitchens’ ride, there will be a clock running at all times. Who runs the clock? An official timekeeper who was hired especially for the event.

“I will also have a support team that will keep me moving and safe during the ride,” Kitchens adds.

Put the pedal to the metal, Taylor—we are rooting for you!

While this is the first charity ride benefiting the Jack’s Family Fund, this isn’t Kitchens’ first ride for charity. In 2012, he participated in “Bo Bikes Bama”, and raised over $25,000 for the Emergency Disaster Relief Fund for the state of Alabama. “Bo Bikes Bama” was a five-day event that covered 323 miles through Alabama and the towns affected in the 2011 tornadoes.

In 2016, Kitchens raised nearly $20,000 during the “Ride of Love for Camp Smile A Mile” to provide hope for childhood cancer patients.

Now, on October 27, Kitchens takes to his bike again in support of the Jack’s Family Fund. The fundraising goal: $25,000.

Jack’s will also be broadcasting the ride live on Facebook and other social media outlets, so follow @jacksfamilyfund for updates.

So if you see a cyclist sporting the Jack’s Family Fund logo riding a black or red bike, be sure to give him a thumbs up as you pass by!

How To Get Involved

How can you get involved in the Jack’s Family Fund? 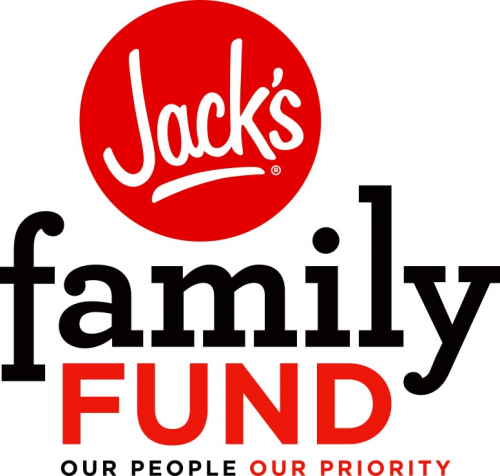