NBC’s popular late night comedy sketch series, Saturday Night Live, has been on a break as NBC has covered the 2018 Winter Olympics. But this Saturday, SNL is back, and none other than Birmingham native and NBA legend Charles Barkley will be serving as special guest host.

Not Your Typical Player

Barkley got his start as a basketball player for Leeds High School, where he struggled with his weight and was not on the radar of college scouts. Not until Sonny Smith, head coach for Auburn University, saw Barkley play. He was amazed at his performance. “A fat guy… who can play like the wind,” Smith recalled.

At Auburn, Barkley led the SEC in rebounding and was known for being a crowd pleaser. He was the 1984 SEC Player of the Year and the Birmingham Post Herald hailed him as the SEC Player of the Decade for the 1980’s.

He left Auburn a year early and participated in the 1984 NBA Draft. He was the 5th pick in the 1st round, selected by the Philadelphia 76’ers.

He would go on to play on the US Men’s Basketball Team at the 1992 and 1996 Olympic Games, where he won two gold medals.

A New Kind of Spotlight

Since retiring from basketball, Barkley has found himself in the spotlight on numerous television productions. Since 2000, he has served as a studio analyst for TNT. He also covers the NCAA Final Four Tournament every year, which airs on CBS.

Barkley has also been in the spotlight for his support of various political candidates. Most recently, he returned home to Birmingham to campaign for Doug Jones in the Dec 12th Special Senate Election. Barkley is known to speak his mind, and was very vocal about his disapproval of Jones’ opponent, Roy Moore. 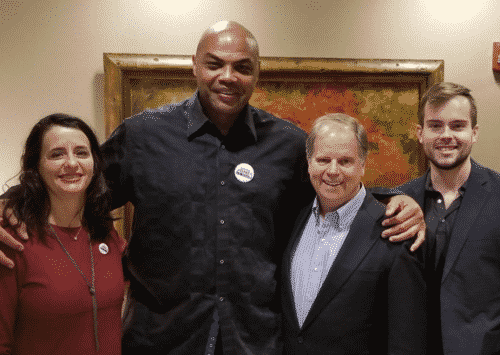 From Birmingham to 30 Rock

Will you be watching SNL this weekend?