The long anticipated naming of Birmingham’s United Soccer League (USL) professional team is over. The official brand of OUR new team is….

Here is an excellent video explaining the new brand:

“This is a new chapter in Birmingham’s sports history,“ said James Outland, member of Birmingham Legion FC’s ownership team. “The name ‘Legion’ is synonymous with Birmingham and sports. It has a cultural significance that runs deep and is truly unique to our community.”

“I am proud to represent the City of Birmingham in formally welcoming the Birmingham Legion Football Club to this newest chapter in the Magic City’s sports history,” said Mayor Randall Woodfin. “The club’s ownership team is thrilled to have a formal brand that soccer fans across the Birmingham and Central Alabama region can unite behind, and I look forward to personally cheering Legion FC on when play officially begins in 2019.”

The USL officially announced Birmingham (here is Bham Now’s story on the announcement) as one of their team locations on Aug. 8, 2017. Since that time, momentum has been building among fans and leadership alike for the coming summer 2018 PDL season – which will be played under the ‘Birmingham Hammers’ name – and formal 2019 USL season play under the ‘Legion’ identity. The USL is the 2nd division of professional soccer in the United States.

“This is only the first of a series of exciting announcements we will make in the coming weeks and months, as we will soon announce our president, home venue for 2019 and summer PDL schedule,” said Morgan T. Copes, Birmingham Legion FC vice president.

“These upcoming announcements are going to hammer home the ambitions of our club as we prepare for our first USL season in 2019.” 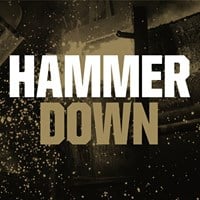 For more information on Birmingham Legion FC, for ticket information or to order team swag, please visit bhmlegion.com. Additionally, @bhmlegion handles are now available via Facebook and Twitter while the club can be found @bhmlegionfc on Instagram.