The Alabama Symphony Orchestra took to the stage on December 17 at UAB’s Alys Stephens Center with The Music of Star Wars. The concert commemorated the release of Star Wars: Episode VIII: The Last Jedi.

During the performance, concert-goers were taken to a galaxy far, far away as ASO performed musical highlights from John Williams’ iconic music that spanned the epic Star Wars Saga from Episode I to Episode VII (and even some Rogue One: A Star Wars Story, too). 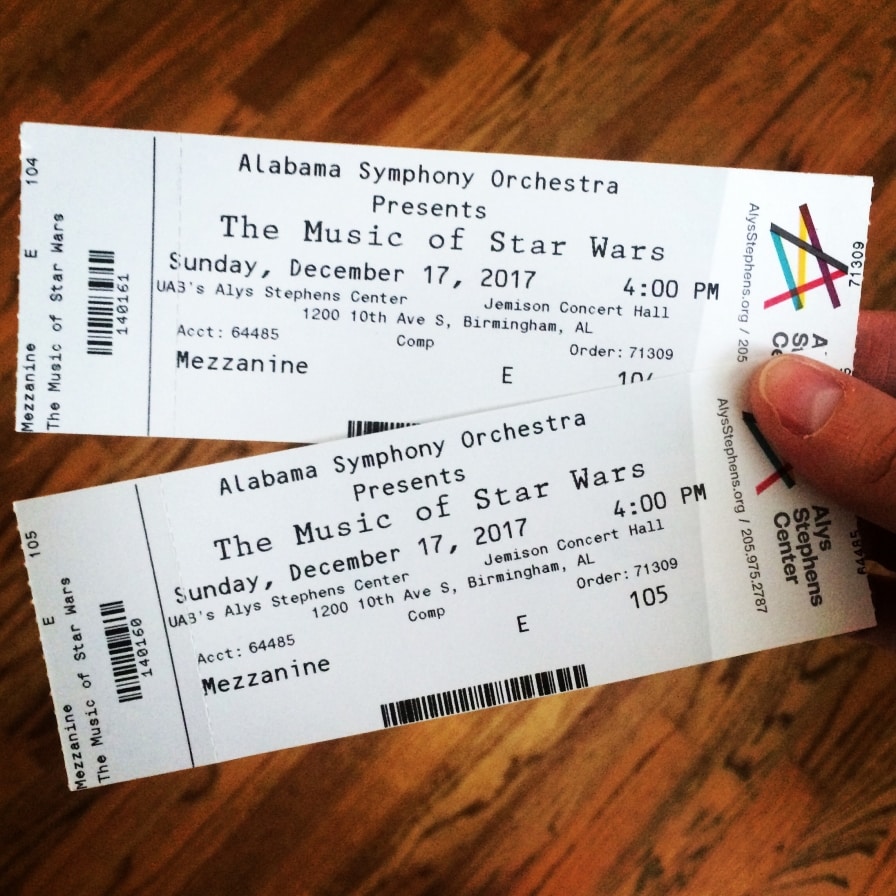 The concert, which was part of ASO’s 2017-2018 Super POPS! Series, sponsored by Red Diamond and generously supported by Chandler and Jane Paris Smith, was conducted by the always-entertaining Christopher Confessore. Christopher serves as resident conductor and principal POPS conductor of the Alabama Symphony Orchestra and Music Director and Principal Conductor of the Brevard Symphony Orchestra in Melbourne, FL.

As attendees strolled into the Alys Stephens Center for what as sure to be an exciting evening, they were greeted by a generous crowd of Star Wars fans, along with a real-life Storm Trooper posing for photos alongside an interactive droids, BB8 and BB-9E.

The concert hall was decorated with a few festive holiday wreaths, white drapery and colored lights, which shown around the hall, changing from icy blues and pale purples, to deep blue, greens and reds. As guests took their seats, they found a special gift from Lights Coordinator, Terry Lebron – a Star Wars collector’s card showing a specific character or scene from a movie in the Saga.

The concert began with the well-known Star Wars intro, followed by Episode I: The Phantom Menace with “Duel of the Fates” and Episode II: Attack of the Clones with “Across the Stars”.

It was then followed by Christopher taking the mic and asking the crowd if there were any Star Wars fans in the audience. After some applause and hollers, Christopher continued, stating,

“I’ve been excited about this concert for several months. I’ve been a fan of this music for forty years.”

As the concert rolled on, it featured sequences from Rogue One with music created by Michael Giacchino. Michael Giacchino has produced music for many films, including “Up”, “Ratatouille” and the newest “Star Trek” franchise. This was the first time ASO had the chance to play this music, which held a strong emphasis in the percussion section and solos from the cello, flute and harp.

As ASO switched into a deeper and darker musical tone in the “Imperial March”, the lights that surrounded the concert hall flashed to a deep red to reference Darth Vadar,

“…the baddest bad guy to ever walk the earth,” according to Christopher.

The lights then changed to green in reference to Yoda as the music flowed into “Yoda’s Theme” – a much lighter, less menacing piece.

Episode VI: Return of the Jedi was featured as ASO played “Parade of the Ewoks”. The crowd couldn’t help but laugh as Christopher introduced the sequence with the line, “Ewoks, you either love them or really love them, right?”

As the concert rolled to its final sequence, “The Jedi Steps” from Episode VII: The Force Awakens, Christopher stated,

“This is a fun way to end the concert.” Then, with a sly gleam, he added, “Enjoy, and may the force be with you.”

After an entertaining final piece and a standing ovation from a content crowd, ASO had one last number up their sleeve – and it came with a brilliant surprise. The lights dimmed, and suddenly, all stringed instruments on stage morphed into blue, red and green lightsabers.

What’s next for the Alabama Symphony Orchestra? ASO will be ringing in the New Year with a concert on December 31 at 6p.m. at UAB’s Alys Stephens Center. Celebrate New Year’s Eve with a traditional champagne toast as ASO performs favorites by John Strauss, II, popular hits from around the world, and classics from the Great American Songbook. 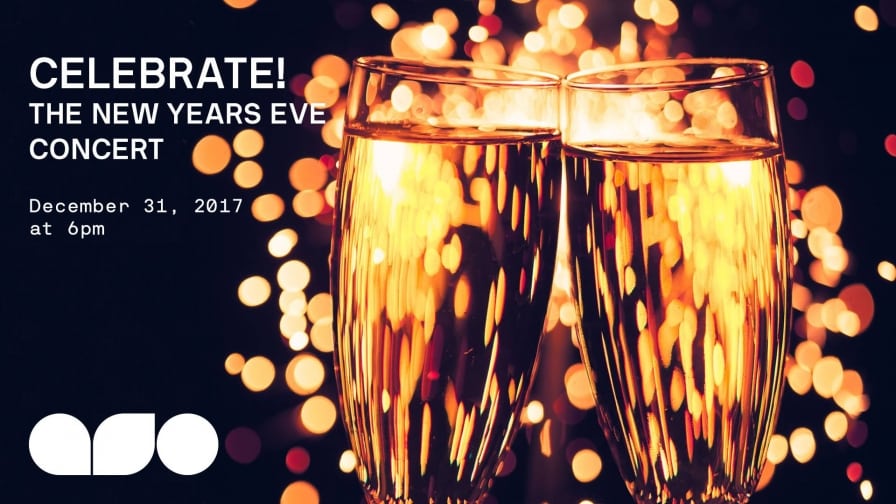 For more information on this special event, click here.

Exciting news for LEGO lovers—BrickFair is coming to Birmingham Jan. 15-16