November 27 is the last day to register to vote in Alabama’s special Senate election. Republican Roy Moore faces off against Democrat Doug Jones.

Voters can also register at the board of registrars’ offices during normal office hours. You can register online until 11:59 p.m. on Monday, November 27.

If you have moved and need to update your registration, the November 27 deadline applies to you, too. Here’s how to register online, via the Alabama Secretary of State.

According to the Washington Post,  Jones continues to count on young, Alabama progressives for a shot against Moore:

Millennial voters could be a big factor if Democrat Doug Jones is able to pull off an upset over Republican Roy Moore in the Alabama Senate race. 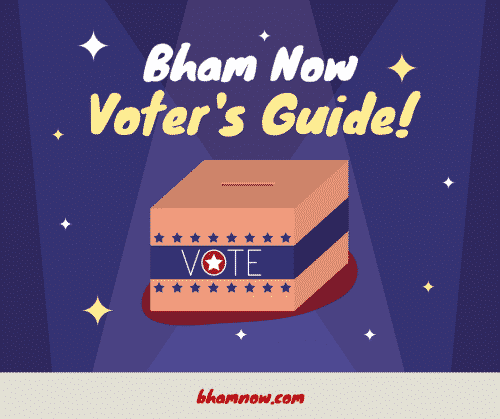 According To The Polls

In a Monday poll by The Hill, Jones and Moore are neck and neck.

The poll, conducted by Strategy Research for the Montgomery-based Raycom News Network, shows Moore receiving 47 percent of the vote, with Jones at 45 percent. Five percent of respondents were undecided, while 3 percent said they plan to cast their ballots for write-in candidates.

An earlier poll by Fox News placed Jones one point ahead of Moore.

The new state law banning crossover voting does not apply to the December 12 election. That law only applies to party primary runoffs. Every registered voter can vote in this election.

If hand delivered, the ballot must be in the office of the Absentee Election Manager by the close of business (but no later than 5 p.m.) on the day prior to the election.

All Alabama voters must present photo identification at the polling booth in order to vote in Alabama, such as a valid:

If voting by absentee ballot, you must enclose a copy of your valid photo identification.

Check Out The Jones/Moore Ballot

Here is the sample ballot for Jefferson County. Our county is not voting on anything else besides the Senate race. To see what other races are taking place, check out alabama.gov.

Here’s the Bham Now post featuring the U.S. Senate candidates that ran in the special election primary on August 15.