Birmingham’s own John-Bryan Hopkins new book “Foodimentary: Celebrating 365 Food Holidays with Classic Recipes” is a must have for every kitchen counter top this holiday season. 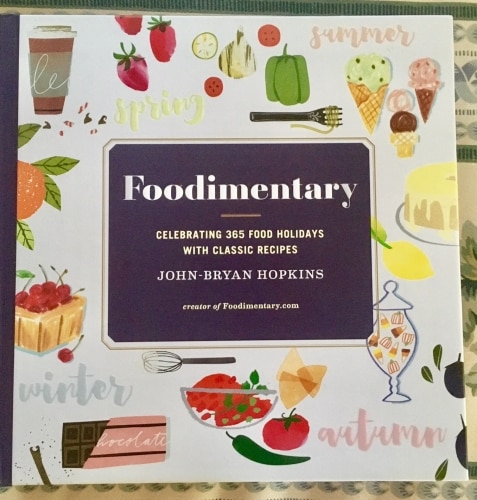 The prolific and renown award winning blogger Hopkins took a leap of faith in 2005 creating his blog Foodimentary as a personal journal and as a way to express his food experiences.

The blog namesake was inspired around the dining room table with friends in Birmingham. In the book’s introduction, Hopkins described that fateful gathering when he exclaimed, “Listen, I don’t want to do a blog about myself and what I’m cooking, but instead, something about discovering and celebrating food. I want a blog dedicated to the elements of food that people have long forgotten…It’s ‘foodimentary’ my dear!”

Instantaneously, a friend agreed, “I love that word!”

Then, Hopkins, along with friends “Googled” the word, and discovered there were no results.

The new phrase was hatched in Birmingham and food history was made.

Hopkins then immediately secured the web domain for Foodimentary.com. Fast forward a few years later and Hopkins blog based on food holidays and food facts was named one of Time Magazine’s top 140 Twitter accounts and Mashable’s top 55 Twitter accounts.

He is credited with creating the National Food Holiday craze which he captures in his new book Foodimentary. 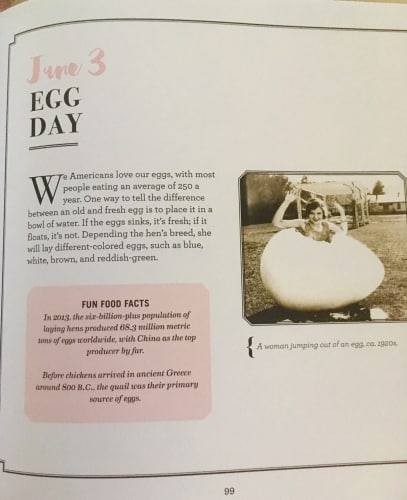 “When I was asked to do the book, I felt this was the publisher, they really got me. They knew I wanted to not only celebrate daily food holidays and give a little bit more history and more in-depth information, but I also wanted to share original recipes for things that people ought to try,” said Hopkins.

“They should try what an original pound cake was. A pound of sugar, a pound of eggs, a pound of butter, a pound of flour, a little bit of flavoring of vanilla and bake it. I just wanted to express all these original recipes.”

Hopkins also expressed that his new book can be used in so many different ways. “People are going to buy this book and see which day is their birthday and give it to somebody, say what’s today maybe I can make that for dinner.”

“The more people I meet who handle [the book] it becomes more dynamic; they have so many reasons to read it than I originally thought.” Hopkins added. “It’s more universal than a just a cookbook.”

Why March instead of January 1st?

Another special “twist” of Foodimentary is that the compilation of food holidays does not begin on Jan. 1 but in March.

Hopkins explained, “I really didn’t want to start on typical January 1st date, I wanted to start in a different mode. I wanted to start in Spring instead of Winter. Why start a book that celebrates food in winter? Having a ‘Spring’ kind of approach and ending the book with winter seemed to work. It’s the liveliest season to start with.”

With a long list of accords and recognition, Hopkins has not forgotten his Birmingham roots.

“All in all what it really comes down to – if I didn’t have the early support of my Birmingham friends and fans, that liked my blog for so many years and liked what I was doing, along with all the social media outlets, like Twitter, long before it became popular nationally,” Hopkins explained. “I would not be here. I’m humbled that after 12 years I am consistently surprised that the blog is still relevant as ever.” 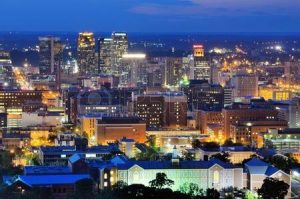 Poised to become a treasured keepsake for the whole family, Foodimentary is a delightful book with a mission to keep people talking year round.