More jobs are on their way to Birmingham with Governor Ivey and the Birmingham Business Alliance’s announcement that the Indiana based manufacturing plant Autocar will expand manufacturing of its heavy-duty-cab-over engine trucks to the Birmingham metro area. This expansion means that the company will invest a $120 million dollars into its new operations.

“This is a great day for Birmingham as we welcome another major vehicle manufacturer to Alabama,” said Mayor Bell. “The automotive industry is strong in the Birmingham region and we look forward to working with Autocar on its future growth and with its suppliers looking to locate here. Our strong workforce and unmatched quality of life have helped us attract yet another world-class company.”

Bell added that the positive impact of landing Autocar will be felt throughout the entire state and only strengthen the region’s automotive manufacturing sector.

Autocar plans to move its operations into an existing one million square foot complex located in the area around Carson Road and Pinson Parkway in North Jefferson County. The expansion is expected to create 746 jobs in the area.

Once fully operational, the plant will have a $645.1 million annual economic impact on the state of Alabama.  For Birmingham it means the metropolitan area will benefit directly from the company’s operations in that it will generate $600 million annually in economic impact contributing $224 million to the metro’s GDP. It also will generate $123.9 million in earnings to households from 2,538 direct and indirect jobs.

“Alabama is a powerhouse in automotive manufacturing, and Autocar’s new heavy duty truck assembly operation in Birmingham will add a new dimension to the state’s activities in this vital sector,” Governor Ivey said. “The company is making a significant investment in its Alabama operation and creating the kind of well-paying jobs that are a priority of my administration as we declare that Alabama is open for business.”

Autocar was founded in 1897 and is the oldest motor vehicle brand in the United States. It built America’s first truck in 1899 and pioneered many technical innovations now common in all cars and trucks.

Autocar’s hundreds of customers include most major cities such as Chicago, Los Angeles, Houston, Miami, Baltimore, and Charlotte, most national waste-hauling fleets, and many of the largest retailers, food manufacturers, and freight logistics companies in North America. 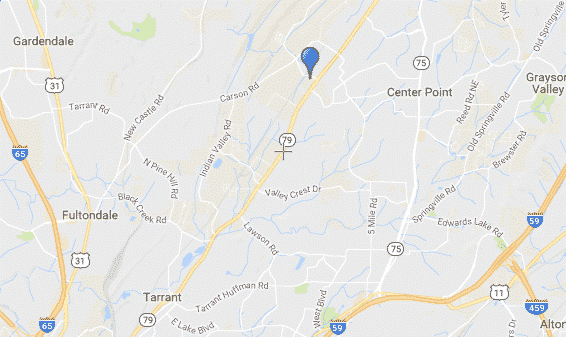 Autocar’s chairman,  Andrew Taitz stated that they “carefully considered several states, but chose Birmingham for several reasons. Among them are access to a great business environment, strong state and local governmental partners, a skilled workforce, and proximity to our customers and suppliers.”

How to Work for Autocar

AITD (Workforce Development) will handle the hiring for the company. The company is currently seeking applicants for Assembly Team Members, Team Leaders, Material Handlers, Fabricators and Maintenance Technicians. Available job openings can be found through AIDT, at www.aidt.edu.   Annual salaries for all employees, ranging from management to production will be $58,656.