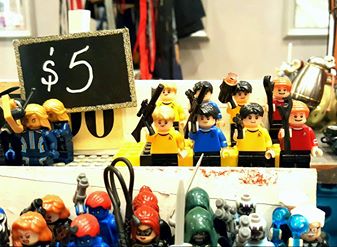 Oh, Magic City Con, how I love you. Any place where all things geeky, all things strange, weird, wonderful, subversive, and joyful meet is my kind of place, and Birmingham caters to its enthusiast residents.

Magic City Con is a three day event that is made possible by the hard work and dedication of Jamie Phelps and Rita Houston, along with James Britton and a whole team of people who have gotten very little sleep the last month, bless them. For one weekend, they turn the Wynfrey Hotel into Christmas for Nerds. Or maybe Disneyland.

There’s stuff for kids (Kid Con), Disney fans, and general pop culture fans (if you have to take Grandma, she’ll probably be fine with some of the jewelry booths and vintage movie memorabilia). There is, of course, cosplay. Dedicated cosplay, at that. Disney princesses strolled through the crowds, handmade steampunk goggles were ubiquitously hugging top hats, and elves, Wonder Women, and anime characters of all kinds sat around tables at the Galleria food court, a sight that as a former mall employee, was a welcome change from the usual weekend crowd. Maybe the scary clown eating McDonald’s wasn’t the highlight of Saturday night, but memorable.

The beauty of Conventions like this truly is the crowd. There is an understanding that this is a judgment free zone. People are there to love the things that they love around other people who love those things, any overlap is good, any deviations in taste is perfectly okay. It’s Utopian, really, and for three days, it’s good to be a part of it.

On Saturday, the Con goes to the Kids, with kid-friendly activities and booths. I wasn’t able to attend when Kidcon was happening, but with Star Wars Training Academy, Super Hero Meet and Greet, a tea party, ghost hunt and an available quiet room, I’m almost sad I didn’t have a kid to babysit for the afternoon.

Magic City Con 2017 brought guests with it, as all Cons do; one guest being Ming Chen, a name near and dear to my Jersey Girl heart. Chen, who went

from being an avid Kevin Smith fan to becoming Smith’s webmaster, has a charismatic fervor for comic books that geeks around the world have fallen for via his podcasts and work on Comic Book Men (filmed out of Kevin Smith’s comic book shop in Red Bank, New Jersey). He led a discussion on comics and held a Q&A session on Saturday and Tweeted about enjoying some of Birmingham’s restaurants. Other guests included Johnny Rees, Danny Shorago, Dragon Age’s Mike Laidlaw, George Lowe (voice of Space Ghost), and Birmingham’s own John Anderson whose discography is too long to list, but is best known in Birmingham as Batman. 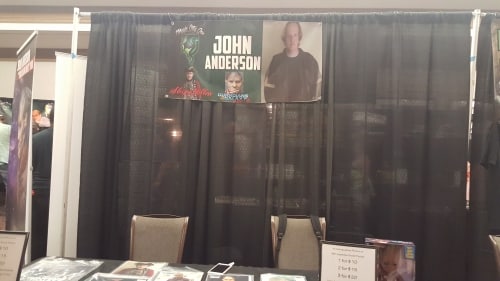 There were also gaming rooms, with short-play and long-play options, and plenty of card games going on in the food court. As a serious Catan player, I opted out of the gaming rooms because I am dedicated to my work as a journalist and could have potentially never been seen again if I did enter. I did, however, score a complete Lord of the Rings board game from Dr. Carlos of Remember When, a Montgomery based store that had a 2nd floor booth. 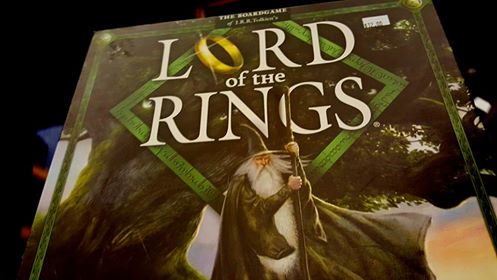 Speaking of the 2nd floor, it’s time for my favorite part of the show: the artists.

Let’s start with Seta Aset. She was a friendly looking woman sitting a table covered in books and candy. She showed me her book trilogy and the manuscript for the 4rth book in her Kemetstry series that she is currently finishing up. 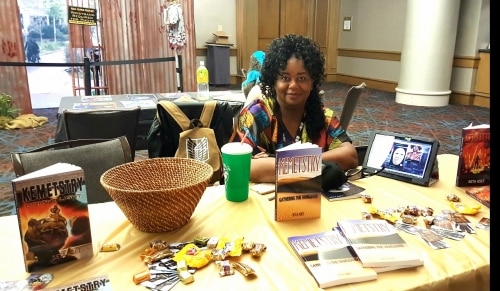 Aset is a writer who lives in Hoover and has created an entire universe of monsters, androids, esoteric knowledge, a fight for personal and global justice, and a very, very cool, very powerful, very badass heroine that is more than mortals can handle. Aset is also working on making the  book series into an animated series. She is a talented voice actor and provides the voices for all of her villains and good guys.

She will be at the Hoover Library Sci-Fi/Fantasy Fest (July 28-30), and I highly recommend you find her table and get a book and have a chat. She’s friendly, warm, and so energetic about her creative pursuits it’s contagious. And in a world where sci-fi and fantasy are very…well…white and male, it’s awesome to see black women writing in the genre, and on top of that, writing characters that unashamedly resemble themselves. Ms. Aset gave me a signed copy of her first book, but the series is available online if you don’t get the chance to meet her in person. 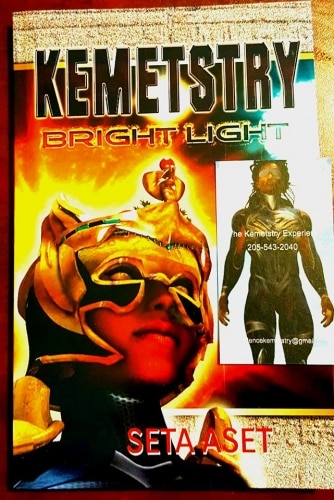 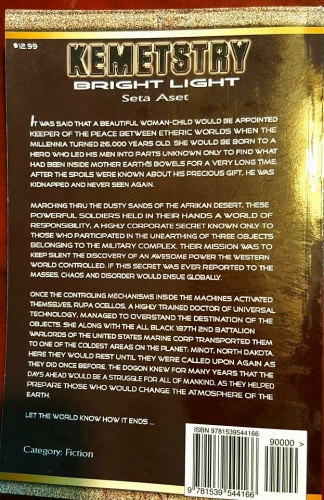 Then there’s Julian Jay Burton, story designer and CEO of Alabama’s own Red Crow Comics. Burton is also a part-time superhero, having turned 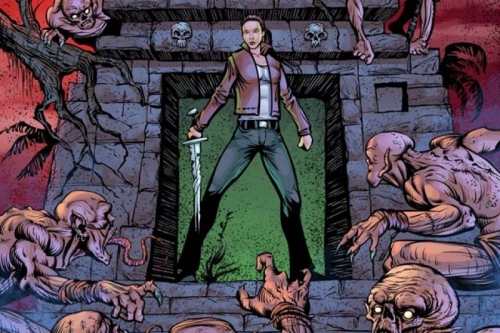 himself into the main character of his series Bermuda City.

Red Crow also publishes a series about SALTA, a time-traveling lady who is smart and dangerous. 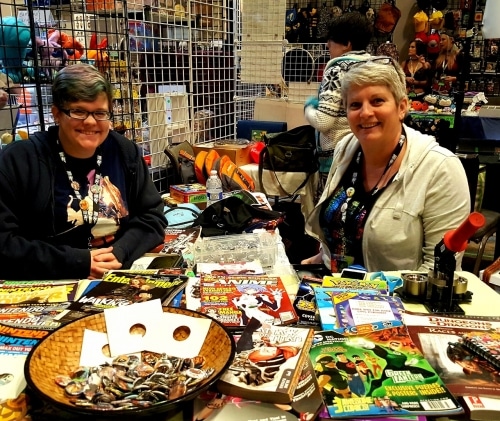 Lori Risher (and daughter) of Pixie Duds made custom pins for Con-goers, handing people a template and a stack of vintage comic/nerd-life magazines, then punching up your creation for a dollar. She also makes skirts with pretty much anything you want on them. Anything. From Barney the Purple Dinosaur to Jimmy Neutron. 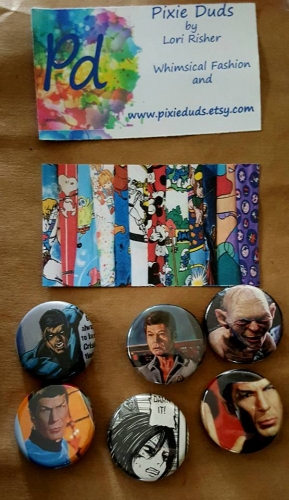 Magic City Con is just what Birmingham needs. It’s the things like this, weird and catering to subcultures, that makes Birmingham normal. It means we have the things all cities have. We have good food,good bars, improving public transportation, and places to talk comic books. It means that like all cities, we can celebrate those who make their own costumes to wear on a Sunday afternoon.

Con is the hero we need in Birmingham. Maybe the one we deserve, too. But it is definitely, regardless of its moral integrity, a lot of fun. If you missed it this year, remember, there is Sci-Fi/Fantasy Fest, and there are always programs at the Birmingham-area libraries dedicated to the geek arts. Magic City Con will be back next year, though, so start planning your costumes now!