This week, Birmingham’s own Good People Brewing was recognized for making the “Best Stout in Alabama” by the national publication  Food and Wine magazine in a story titled America’s 50 Best Stouts.

Bham Now caught up with  Good People Brewing’s Taproom Manager Paul Cook to get his reaction about the national honor.

“Bottom-line, we just always strive to be who we are which is to be good people and make great beer. It’s just one of those times where we’re making a great beer and it just pops up before they know we are good people.”

What makes this beer special?

“Making it special is something that combines local coffee beans we get from a local source here, Octane Coffee, then it combines with the oatmeal that cut through the bitterness that gives it a nice full flavor to it.

It makes it something that you can drink year-round, not just a cold weather stout,” Cook concluded.

Known to fans as C-O-S, our Coffee Oatmeal Stout delivers a big coffee taste followed by a wallop of Willamette hops. Complex and flavorful, amazingly sessionable.

A beloved Birmingham institution that is located across from Regions Field, Good People’s offerings include five year-round brews, four seasonals, and an occasional one-off (here is their “beer list”). 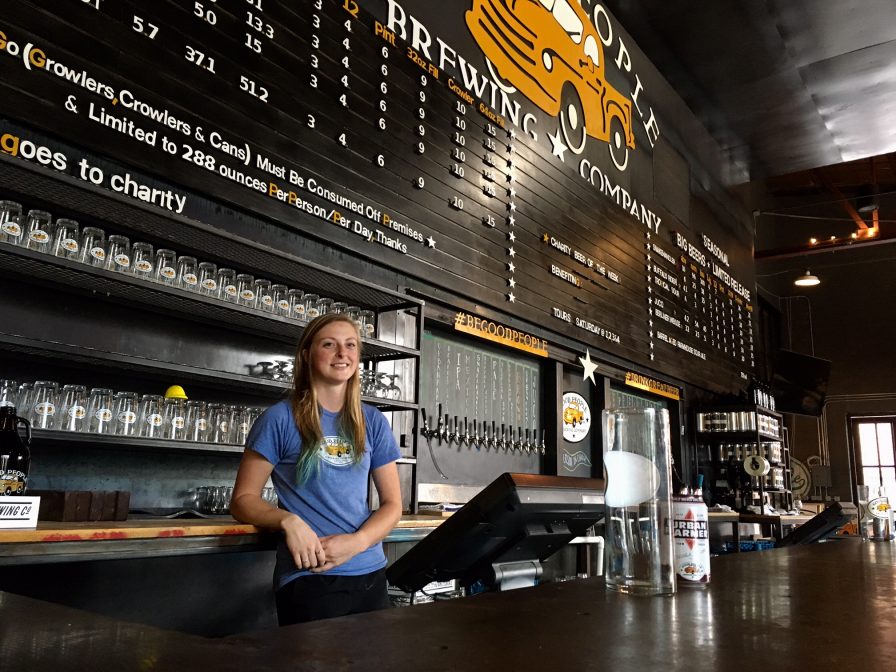 Along with their prime location near Railroad Park and the Barons, Good People welcomes weary travelers to Birmingham as the featured beer at the Birmingham Brewhouse located inside the Birmingham Shuttlesworth Airport.

Living up to the “good people” name, the company also supports numerous community events and causes through their Bearded Benevolence program.