He’s the president of the Birmingham Citizens’ Advisory Board (CAB) and the Crestwood North Neighborhood Association. But now, he’s seeking a new role in Birmingham’s public service sector.

Darrell O’Quinn is active in the Birmingham community and has lived in the Crestwood North neighborhood since 2001. You can learn more about his campaign platform by visiting his website,  www.VoteDOQ.com. 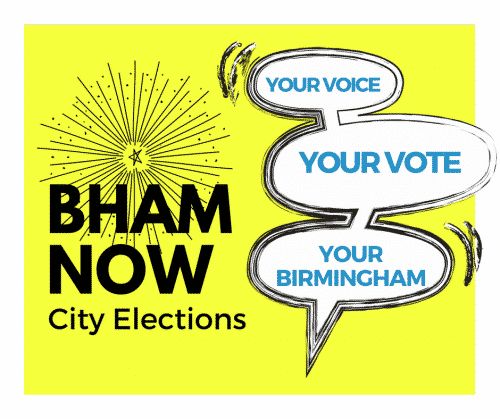 The city municipal elections are scheduled for August 22, but candidates are already out there shaking hands and kissing babies. Qualifying for the race begins on June 23rd and ends July 7th.

Please check out all of our weekly interviews featuring the city council and mayoral candidates here at Bham Now. We post them every week! It’s a great way to get involved with the upcoming city elections, and we hope you find them informative and helpful. Any questions or comments about these posts can be directed to me via a FB message @bhamnow.

“We had a kickoff May 1 at Linn Park with a large and diverse group of supporters present, some of whom were live streaming the announcement.”

What is the name of your principal campaign committee?

“I am running to empower voters with a strong choice with a proven record of community service and effective, trustworthy leadership. “

“Employment:
Present: Senior Clinical Veterinarian for the Animal Resources Program at University of Alabama at Birmingham

“I am a collaborator by nature and experience. I’ve found that maintaining a dialogue and open line of communication is an absolutely essential component of any organization that desires to be effective and make progress. My flexibility, willingness to listen and eagerness to learn will enable me to maintain solid relationships with other city officials as with the citizens of District 5.”

“Transparency is an absolute must. I believe that it is not only necessary for gaining and maintaining our constituents’ trust, but it is also a good practice for making oneself accountable. Regular dialogue with constituents is vitally important. This is true within city hall as well as with residents and stakeholders. Transparency is impossible without communication and an eagerness to share information and knowledge.

What district are you running for and what area does that cover?