If you thought Birmingham couldn’t exceed expectation any more, you are sadly mistaken, but its okay, let me help you realize our potential.

Among many events coming up, one in particular is going to start our year off with an Ace!

2009 was the last time the Davis Cup tennis tournament stepped foot in our sliver of Magic, and we are excited for this opportunity once again on Febuary 3rd – 5th at the BJCC.

Bruno Event Team is the coordinating partner who is overseeing all ticket sales, operations, and lets just say, are the “boots on the ground” according to Gene Hallman, CEO of the Bham sports marketing and event planning company.

Dating back to 1900, the U.S. has won a total of 32 times. We now have the opportunity again this year with the first game against Switzerland. Over the course of a year, 100 countries play for the top 16 spots to be entered into the tournament.

The amount of recognition this tournament has is going to be huge for Birmingham!

“It was a tough play to get it in Birmingham.” Hallman said during an interview with BhamNow. One of the draws he said was that “we are one of the largest cities without a pro sports franchise” which will allow for a lot of attention from our community.

“The association knows they will get an enthusiastic community that is not used to seeing events like this.”

“We are a very patriotic community as well, which the committee said they wanted a patriotic back drop for the tournament.”

Mr. Hallman said they expect around 10,000 attendees, per day, over the course of the 3 days. This will ring in about $10 Million for the city which is expected due to the range of coverage this event holds – people from about 30 states and 50 countries will come into the “Ham”.

Going forward from the Davis Cup, and leading up to it, Hallman wants Bham to know that we are seen as an “event town” with the success of many Indie Car races, Region Tradition Tournaments, Baseball Tournaments, and more.

“Continue to do well with events like this by showing community support and willingness.” 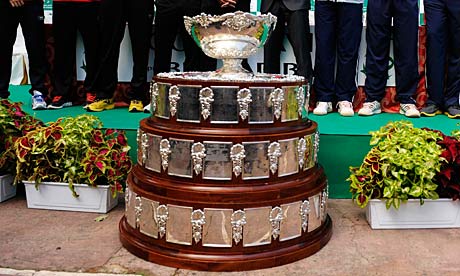