If this week could be summed up, in terms of business:

Yesterday, at the Birmingham Venture Club, 10 teams/startup companies were unveiled as the Velocity Accelerator’s “Inaugural Class” – These startups will go through its extensive program and come out in 4 months with a greater edge than other startups.

Just like the Innovation Depot, the Velocity Accelerator takes in applications throughout a certain period of time, which they received 100 of this time. Through evaluating each applicant based off of certain requirements, they only take up to 10 at a time.

“We’re thrilled that we’ve got some international companies, we’ve got some companies coming from other cities in America – New York and Washington, D.C. – bringing them to Birmingham and showcasing what we have and the resources we have.”

To say this showcases the Magic City as a major player in today’s technological market would be an understatement.

As I have mentioned before, the Magic City is on its way to becoming the Silicon Valley of the south; groups like Velocity and the Depot continue to make steps to promote this “long game” strategy. 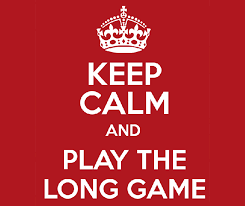 The impact this program, among others started in the Depot, will greatly benefit Birmingham economically wise, community wise, and investment wise.

“We’ve got the organic growth already, now let’s put a process in place to help drive that.”

To learn more about the Velocity Accelerator…

What now? 5 tips for college graduates entering the workforce

Recent college graduates in Birmingham, this one is for you!

These 4 entrepreneurs moved their businesses to Birmingham—find out why