October is Breast Cancer Awareness Month, which means we’re about to start seeing a lot of pink ribbons around. Chances are, someone in your life has been impacted. In fact, one in eight US women will develop breast cancer. We caught up with one Birmingham woman who is currently fighting her own battle, and you won’t want to miss her story.

Javacia Harris Bowser is a freelance writer, blogger and founder of See Jane Write, a website and membership community for women who write and blog. She’s a Birmingham native and alumna of the Alabama School of Fine Arts (ASFA), where she was also a teacher for 10 years.

When she moved back to Birmingham in 2009 to teach at ASFA, she saw a need for a community where women can find the confidence and creativity they need to share their stories.

“I knew that juggling writing and teaching was going to be difficult if I didn’t have a group of women cheering me on.

I kept looking for a women’s writing group, and I couldn’t find the kind that I was looking for—so I started one.”

Bowser is quite an accomplished woman who built her business and freelance writing career while working full-time as a high school English teacher. In 2015, she was named to Birmingham’s Top 40 Under 40 by the Birmingham Business Journal, and 30 “Women Who Shape the State” by Alabama Media Group in 2016.

Learn more about See Jane Write, or check out her personal blog, The Writeous Babe Project.

On January 24, 2020, Bowser was diagnosed with breast cancer at age 38. Even though she has a family history of breast cancer, Bowser never thought it was something she needed to worry about until she turned 40.

When it came time to pick where she would seek treatment, Bowser knew she wanted somewhere with outstanding care that wouldn’t be too overwhelming. She chose Brookwood Baptist Medical Center.

“There’s actually a See Jane Write member who is a nurse practitioner at Brookwood…she helped me pick my surgeon, Dr. Michael Littleton.

She had really great things to say about him, and I value her opinion, so I picked him as my surgeon, and he was great.”

Michael Littleton, M.D., is a general surgeon at Brookwood Baptist Medical Center, where he’s been practicing for more than fifteen years. We caught up with him to learn more about the medical aspects of this journey.

“A large portion of my practice is breast cancer patients. It’s very rewarding…

We’ve developed a very good system for working people through the steps of treatment. It’s a very smooth, quick process.”

Anyone who’s ever been in the hospital or watched a family member go through treatment knows that the medical staff makes all the difference in your experience.

Having nurses, doctors, etc. that practice with compassion can get you through some of the scariest times in life.

“The nurses have just been angels on earth. There’s no way I could have gotten through it without them. They were just amazing.”

Brookwood Baptist Health‘s slogan is, “A Community Built on Care,” and they take that mantra seriously. Whether you’re just screening for breast cancer or you’re undergoing treatment, their staff is with you every step of the way.

Learn more about why Brookwood Baptist Health takes compassionate care to the next level.

“The whole system we have at Brookwood is really second to none… We have a very strong women’s diagnostic center, a very strong radiology department.

It’s very much a team approach. We have a fabulous staff that comes together to play their role in looking after the patient.”

Bowser has remained active as a freelancer and has even been sharing her battle on her blog in a very candid, raw way. I fully encourage you to go check out her updates and follow along on her journey—she really is an incredibly powerful and impactful writer.

Here’s an excerpt from Bowser’s most recent blog post, just to give you a glimpse:

“You may not be fighting cancer, but we’re all battling something — depression, racism, sexism, illness, loneliness, financial troubles. I want my cancer journey to show you that you can do hard things, but I also want to remind you that it’s OK to rest. It’s OK to have a bad day, a bad week, or even a bad month.

I also don’t want to feed into the ‘strong Black woman’ narrative, the assumption that Black women don’t ever need help and that we even have a stronger tolerance for pain. I’m a girl of gumption and grit, but I FINALLY also know when it’s time to give myself grace.

Whenever you need to do so — give yourself a break.”

Bowser said she originally didn’t share a ton of information publicly, but decided to open up about it all when she started to think about how much her story could help someone else.

We often look at stories like this and call them inspiring, which they certainly are. But Bowser wants others battling cancer to know that’s it’s okay for them to have bad days and lean on the people who are in their corner.

It can even become an empowering part of your story—it’ll show you just how strong you are. Your story can help other people, whether you know it or not.”

Bowser finished chemo in September, which is a huge milestone. In the post above, you can see her ringing the bell at Brookwood—a tradition when someone finishes chemo treatment. She’ll begin radiation soon.

Despite a battle with breast cancer, a global pandemic and all the other craziness life throws at her, Bowser has kept working and growing her career.

“Surprisingly, it has not stopped my writing career. In fact, this has been one of my most successful years career-wise, which is crazy to think.

I’ve had so many opportunities throughout this year in spite of everything going on because of the relationships and connections I’ve made through See Jane Write. Community has a lot to do with that.”

One common theme I noticed when talking to Bowser is something I firmly believe, as well: community is vital. Whether it’s your colleagues, your friends and family, or your medical providers, the people in our life are how we make it through.

A huge thank you to Javacia Harris Bowser for providing such a real, unfiltered glimpse into the battle that one in eight US women will face. Keep on fighting like a girl.

I asked Dr. Littleton for the most important advice he could give to women. He told me there were two main points:

“One, pay attention to your body and do self-exams. If you feel or see something, go see somebody about it.

Two, get your yearly mammograms done… It’s so important to catch these things early.”

Be sure to stay up to date on your mammograms, and encourage the women in your life to do the same! 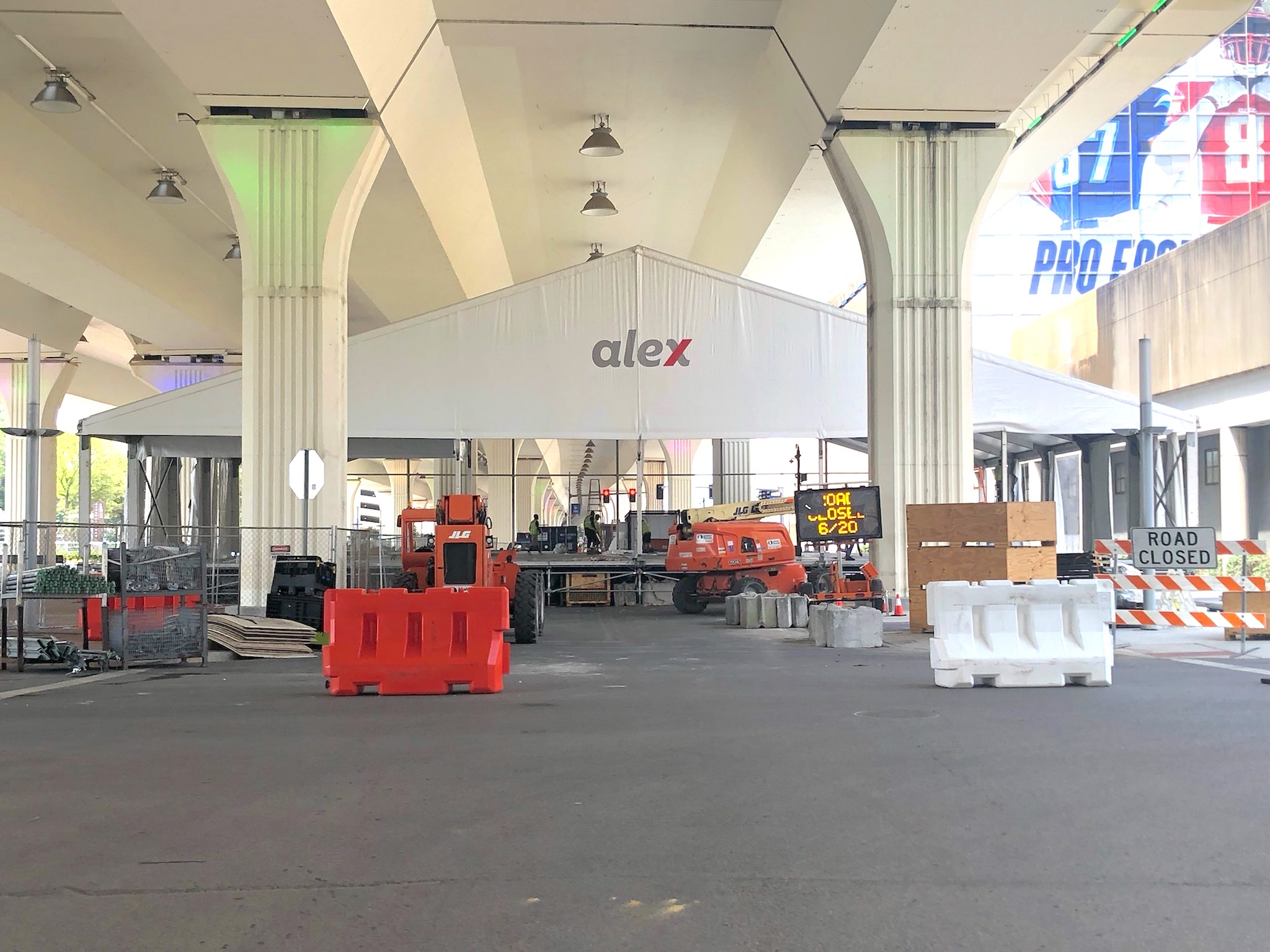