You moved the tassel from right to left and your resume template is so perfectly crafted from Canva.com that it mimics Photoshop work, and now it’s time to enter the world of the young professional.

With any luck you’ve found yourself starting a career in Birmingham, but moving to a city where everyone seems to know everyone is intimidating. Here is a sneak peek into three organizations who can help you make waves.

Founded in 1910, the National Urban League’s mission is to empower communities and change lives throughout the United States. The Birmingham chapter formed a subset group called the Birmingham Urban League Young Professionals in 2005 to educate a new generation on advocacy. The chapter specifically focuses on education, jobs and justice.

Why should you love it?

“We talk about getting to the table, but what do you do once you’re at the table?”

Besides having a successful president who is passionate for change and eager to help you succeed, the league connects you with a wide range of individuals.  Since it’s a national chapter you’ll network with people from all different areas of the country. Despite how large the national league is, Tenika says the longer you’re a part of the league, the more it feels like a family.

How is it impacting Birmingham?

Members of the organization enact real policy change not only in Birmingham, but also at a national level. Many currently serve in legislature positions.

“It’s helping people discover what gift they have to contribute to society and that in turn makes society better.”

“I would encourage young professionals that as society is changing discover who you are from the inside out and stay true to that, because life is going to forever change around you. Be transparent with yourself even in your flaws, because your flaws are beautiful.”

Creative Mornings is a breakfast series that meets monthly in 200 different cities around the globe to discuss the same one-word theme. Rather than a networking event, Birmingham host Madison Benjamin describes it as relationship building event.

Why should you love it?

The purpose of the event is to showcase every industry in Birmingham, whether it’s outwardly creative or not. From Regions Bank to freelance photographers, there’s creativity in every business.

What should you know before going?

Creative Mornings takes away the intimidation factor of stuffy networking events. Everyone can come as they are whether you decide to wear a suit or your workout clothes, no one is excluded.

“Don’t let their title intimidate you and just focus on building that relationship and just talking to them like every other person …everyone is the same at the end the day.”

How is it impacting Birmingham?

The BPL goes beyond books, and reaches its arms into the community by providing adult literacy programs, notary services and you can even apply for a passport here.

I grew up going to the public library in my hometown in North Alabama. My mother would let me check out as many books as I could carry. I’ve loved libraries all my life. All of our members have similar stories about why they are passionate about the place of public libraries in our communities.

Haley Herfurth, co-chair of the Young Professionals of the Birmingham Public Library

What should you know before going?

This is an organization built from the ground up, and its members should be prepared to continue that growth. Haley emphasizes you to come to meetings with fresh ideas and a willingness to work.

“Find a way to reinvest in your community. Birmingham is a wonderful city and it’s growing so quickly, and it’s providing so many people new opportunities. Once you get something good from Birmingham, you should give something good back to Birmingham, whether that’s through volunteering your time with or donating to organizations you care about, like the Friends Foundation.”

Did we miss anything? Let us know about your experiences with these organizations by tagging us @bhamnow ! 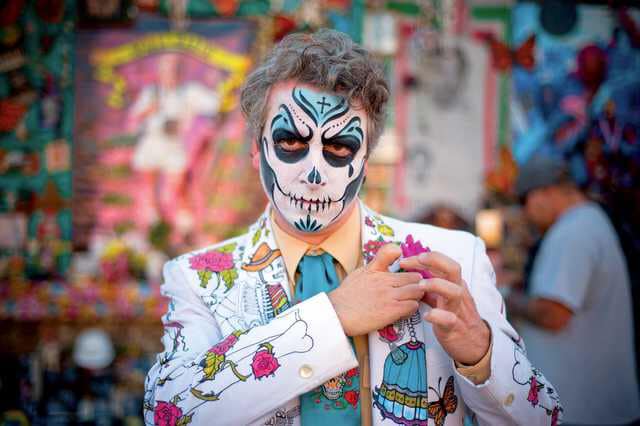 Your guide to Birmingham’s beautiful murals in 2021—Part 2