This land is your land, this land is my land… this land was made for you and me. ~excerpt of lyrics from Woody Guthrie’s “This Land Is Your Land.”

Did you know that you, as a citizen of the state of Alabama, and nearly 5 million fellow Alabamians share ownership of more than 1.5 million acres of public land in our state?

This Land Was “Made” for You and Me

The idea of public land in Alabama is barely over a century old. Just over a 100 years ago, in 1918, the federal government set aside forestland in Winston, Walker, Lawrence and Franklin counties, calling it the Alabama National Forest. In 1942, the 198,385-acre forest was renamed the Bankhead National Forest.

A federal law called the Weeks Act, passed in 1911, enabled much of Alabama’s 668,000-acre National Forest System to be established. The primary purpose of the law was to create forest reserves deemed necessary to protect rivers, watersheds and headwaters in the eastern United States.

Eleven state parks were established between 1930 and 1933, the largest expansion of public lands in Alabama history. Today, only one remains part of the state’s 21-park system—Cheaha State Park. The other 10 became State Forests managed by the state’s Forestry Commission. After 1933, through the hard work of President Franklin Roosevelt’s Civilian Conservation Corps, Alabama’s most notable state parks were designed and built. Those parks, including Gulf, Cheaha, DeSoto, Monte Sano, Chewacla and Oak Mountain, remain the state’s most popular state parks.

Even though our nation was in the midst of the Great Depression, the 1930s truly were the heyday of public lands in Alabama.

Curiously, tremendous growth in our state’s public lands inventory tend to occur in 30-year cycles. Additional state parks were created and expanded in the 1960s and early 1970s, after the federal government passed the Land Water Conservation Fund, which helped purchase lands and build infrastructure. Also in the ’60s and ’70s, state Wildlife Management Areas were formed to provide places for public hunting and fishing.

Besides the 1930s, Alabama’s biggest growth in the acquisition and establishment of public lands occurred just 25 years ago. Voters enacted the state’s Forever Wild program in 1992. Its passage protected nearly 300,000 acres of land over 27 years.

Smallest Percentage of Public Land in the South

Despite a century of knitting together a public land system of state parks, forests, nature preserves, and wildlife areas and refuges, Alabama has the smallest percentage of public land among Southern states.

According to a 2007 study, only 4.08%, approximately 1.5 million acres out of state’s 33 million acres, is set aside for the public. This compares to Georgia’s 6.99% and Florida’s 21.23%. Even though the latest study is more than a decade old, Alabama has not significantly added enough public land to surpass Mississippi, state officials told Bham Now.

Why does public land matter? It belongs to all of us.

It provides us clean water, a place to fish, hunt, watch wildlife or have a place to escape. Public lands are natural libraries. They preserve and protect places, from the oldest tree in the state to the deepest canyon in the Eastern United States.

This Land Was Made for Clean Drinking Water

Today, more than a century after the passage of the Weeks Act, National Forest lands across the United States comprise the nation’s single largest source of water, more than 20%. No place is that more true than at the Bankhead National Forest, which filters and provides clean water communities throughout the Black Warrior River watershed.

“The clear waters from the Bankhead National Forest flow southeast through the Sipsey Fork into the Lewis Smith Lake Reservoir, one of the cleanest lakes in Alabama,” said Andy Scott, District Ranger, Bankhead Ranger District. “From there, the Sipsey Fork merges with the Mulberry Fork to form the West Fork, which merges with the Locust Fork just west of Birmingham at Bankhead Reservoir and becomes the Black Warrior River.”

Bottomline, the source of about half of Birmingham’s drinking water originates from the Bankhead National Forest.

“Water quality and quantity services provided by forested land are one of the most valuable attributes of the USDA Forest Service National Forest system,” said Graeme Lockaby, professor of forest ecology at Auburn University. “The use of forested land for the protection of water is a good investment for the public and will provide water that is safe for consumption as well as stable in terms of supply.”

This Land Was Made for Recreation

When you look at Oak Mountain State Park on an Alabama roadmap, it is the big green dot in the middle of the state’s fastest growing communities. These communities, as well as Birmingham, are a 10- to 30-minute drive from a recreational wonderland.

From fishing to mountain biking, Oak Mountain State Park is a green oasis.

“The 9,940-acre park is our second most visited park in the 21-park statewide system,” said Greg Lein, director of Alabama State Parks. “We have been tracking a growing trend in use at Oak Mountain, where visitation is approaching 700,000 annual guests. In addition to the park’s traditional visitor activities such as camping, golf and trail use, we see a growing year-round use of our cabins and seasonal water-related activities such as cable skiing and paddle boarding. Our partnering with Shelby County and the City of Pelham has allowed us to keep pace with these trends and continue to offer a quality product to our guests.”

This Land Was Made for the Economy

Nature-based tourism and outdoor recreation are some of the most robust industries in today’s economy.

In 2017, a study conducted by the Trust for Public Land, in partnership with The Nature Conservancy in Alabama, Conservation Alabama Foundation, Birmingham Audubon and the Conservation Fund found that every $1 invested in land conservation by Alabama’s Forever Wild program returned $5 on that investment in natural goods and services. That includes benefits such as wildlife habitat, flood control and clean water.

“We, as a state, can create more jobs—not less—if we invest in parks, trails and the outdoors,” said Birmingham’s Mike Goodrich, board member of Alabama Outdoors and the Freshwater Land Trust.

This Land Was Made for Special Places

Alabama’s public forests, parks and nature preserves provide refuge for most of the state’s natural treasures. For example, deep inside the Bankhead National Forests, within the Sipsey Wilderness, is a massive yellow poplar, one of the largest and most hugged trees in Alabama—“The Big Tree.”

Like most iconic places in Alabama, there is much more than an old growth tree. Bankhead’s District Ranger Scott noted that beyond the Big Tree, “The Bankhead is known as the land of a 1000 waterfalls, and the scenic beauty is truly amazing,” The emerald green waters across the Bankhead provide habitat for several threatened and endangered species, such as the Black Warrior Waterdog, the Flattened Musk Turtle and several species of mussels.”

As a result, no other place in North America has more different kinds of freshwater fish, mussels, turtles, crayfish and snails. Many do not survive without our public lands.

This Land Belongs to Us

The citizens of Alabama are the largest landowners in the state. We own our public lands. It belongs to us and so does its stewardship.

In the next two installments in this series, we will examine how our parks, forests, wildlife areas and nature preserves impact our lives. We will then delve into ways people can get involved, advocate and take responsibility for our public lands. 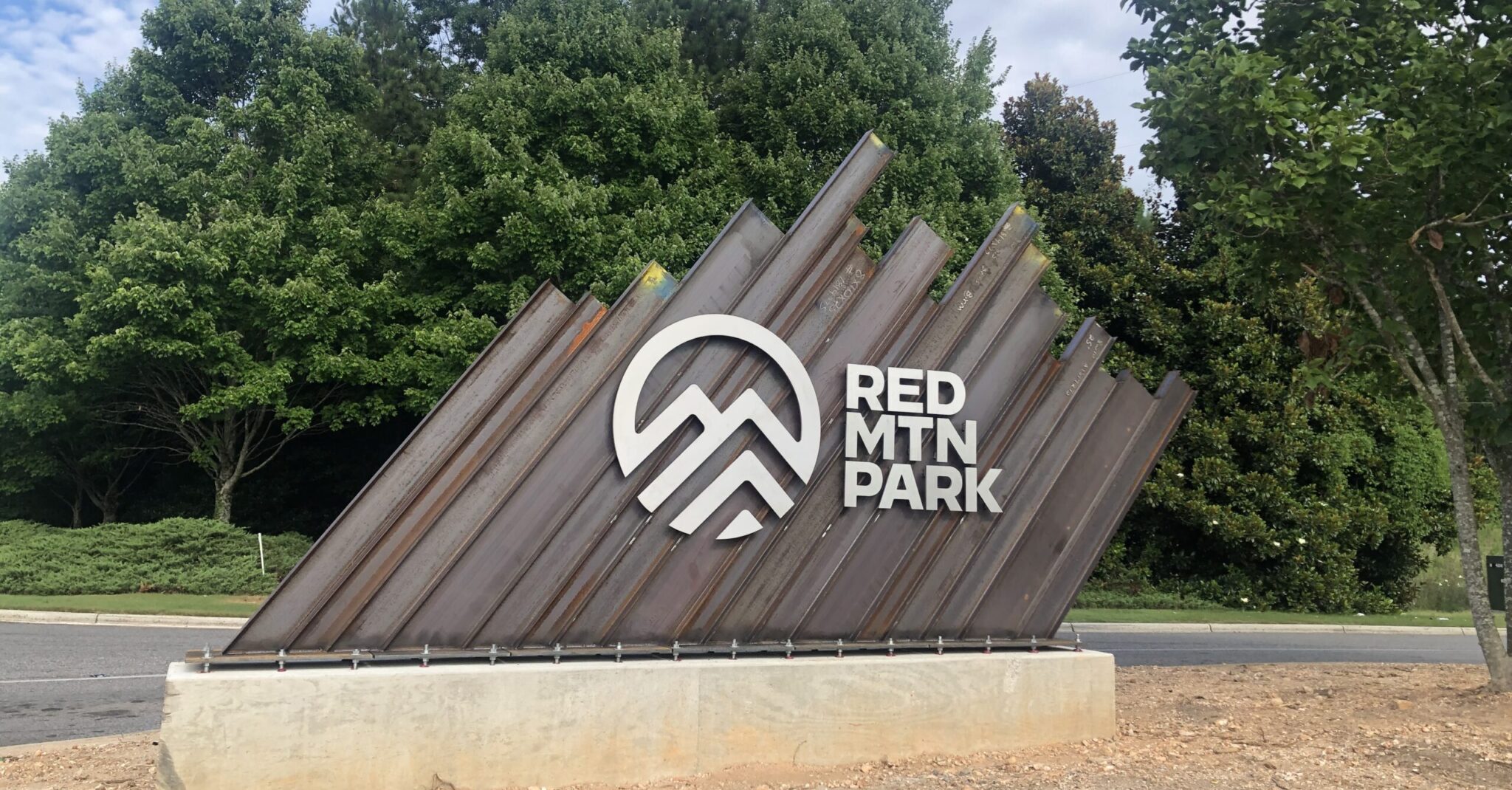