Here is a trivia question. Name the 3 most popular sports on earth.  Everyone knows soccer is the world’s most favored sport. Second place? Basketball.  Now, here is the tricky one. Number 3 is…. Cricket (sorry American football is #12).

Played and enjoyed by over 2 billion people, cricket is one of the planet’s fastest growing sports, and has established a foothold here in Birmingham.

Birmingham Thunder, one of 12 teams statewide

According to Birmingham Thunder’s captain Shams Noorani, there are a  total of 12 teams in Alabama, including 5 Birmingham teams that participate in cricket leagues throughout the state. Athletes come from India, Pakistan, Bangladesh, Australia and England.

In Birmingham there are 2 fields, or in cricket language,  “grounds.” They are located at East Lake Park and the East Thomas Park, just off Arkadelphia Road on the opposite side of the interstate that Birmingham-Southern College resides. All matches are open to the public.

Cricket is relatively new in Alabama

Cricket in Alabama is about 6 to 8 years old.  Locally, the Birmingham Thunder is playing their third year. In that short time, they have already secured sponsorships from the Alabama Merchants Association, Encore, Jubilee Motors, Irondale Chevron and Birmingham Classic Group. Sponsorships help pay for cricket equipment, uniforms and participation fees to different tournaments.

How to play cricket

Cricket is much like baseball, without the diamond, gloves on every fielder and a strike zone.

We asked Noorani to describe the game.

“Cricket is a game played between two teams, generally of 11 members each. In essence, it is single combat, in which an individual batsman does battle against an individual bowler, who has helpers known as fielders. The bowler propels the ball with a straight arm from one end of the 22-yard pitch in an attempt to dismiss the batsman by hitting a target known as the wicket at the other end, or by causing the batsman to hit the ball into the air into a fielder’s grasp, or by inducing one of a number of other indiscretions.

The batsman attempts to defend the wicket with the bat and to score runs – the currency of the game – by striking the ball to the field boundary, or far enough from the fielders to allow the batsman to run to the other end of the pitch before the ball can be returned. At least two bowlers must take turns, from alternating ends; also, there are always two batsmen on the field, each to take a turn as required. When all but one of the batting team have been dismissed – or after an agreed period – the teams’ roles are reversed. After all the players required to bat on both sides have done so either once or twice (which can take from a few hours to five days) the total number of runs accumulated determines the winner. But sometimes there isn’t one.”

Who knows, maybe our state can produce a global cricket superstar like we do with football players.

See you out at East Lake Park and East Thomas Park!! 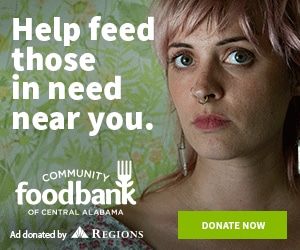