Next week, the Birmingham Botanical Gardens will be holding its Native Plant Conference –  “Celebrating the Astounding Biodiversity of the Southeast.” (register HERE). One of the largest conferences of its kind on biodiversity in the nation, the Gardens will be honoring Bill Finch, the award-winning writer, botanist and natural historian who has received national recognition for his garden columns and environmental reporting.

Finch will be recognized on Saturday morning of the conference at 8:30am.

This week in anticipation of the Native Plant Conference, Bham Now sat down with Bill Finch to preview the conference and get his thoughts about the significance of Alabama’s biodiversity

Here is our special interview.

Bham Now: The focus for this year’s Native Plant Conference is biodiversity. Tell us, why is Alabama’s biodiversity significant? Regionally? Globally?

Finch: You know, we think, yeah, Alabama’s OK. It’s got a pretty good football team or two, and it’s an OK place to raise the kids. But what most of us don’t realize is that Alabama isn’t just OK …it sits at the center of America’s biological richness.

It’s really one of the world’s great places for wildflowers an wildlife. Alabama has more species of plants and animals than any other state in Eastern North America. We now know that center of tree diversity in North America sits in the middle of Alabama. And we know that when it comes to aquatic diversity, Alabama blows just about every other place in the world out of the water!

The Mobile River drainage supports the world’s greatest concentration of turtle species– greater even than places like the Amazon.  Alabama has been sharing pieces of its diversity with the rest of the country for millions of years. And without Alabama’s forests and meadows and rivers, America would be a very poor place.

Bham Now – You have identified the Paint Rock in Northeast Alabama as a significant landscape we need to protect. Why is it important and what are some emerging initiatives?

Finch: The Paint Rock Valley in northeast Alabama is one of the North America’s great places.

It’s a stunning place between Huntsville and Scottsboro, where the Paint Rock River slices deep into the Cumberland Plateau. What’s happened in Paint Rock over the millennia has had a big impact on what we see and enjoy in the rest of North America. And what happens there now could have a major impact on the future of North America’s wildlife and forests.

That’s why the Smithsonian Institute is working with scientists from UCLA and The Nature Conservancy and a great Paint Rock visionary named Horace Clemmons to create one of the world’s largest and most important forest research centers at Paint Rock. If they can pull this off, I suspect it’s going to dramatically change our understanding of North America’s forests and their future. They’ll be individually surveying hundreds of thousands of trees repeatedly over a 50 year period, trying to understand how so many species have survived here – what’s in their genes, what’s in the soil, what’s in the community that determine which species lives and which dies. And that’s going to be critical knowledge for helping North American forests survive for our children and grandchildren.

Bham Now: Every gardener loves butterflies. Tell us about this new project Borders for butterflies?

Finch: Hey, everybody’s talking about what’s going to happen to the monarchs. Populations of America’s most famous butterfly have been plummeting.

Most people put the blame on the Midwest .. and pumping lots of attention and dollars that way to try to save the monarch. But when you look more closely, the long-term decline in monarch numbers is as much Alabama’s problem as it is Kansas and Illinois. And I doubt we’re going to see a full recovery of monarch populations unless we understand how important Alabama and the rest of the South is to monarchs.

I’ve got some pretty surprising information about monarchs I’ll be sharing with the conference. And I’m working with other groups to develop a plan for Alabama that could have a huge impact on monarch numbers, butterfly numbers in general. You know, I think by making things right for the monarchs, we could make things right again for quail and other wildlife that are in steep decline.

Bham Now: What do hope folks “take away” from your presentation on biodiversity at the Native Plant Conference? 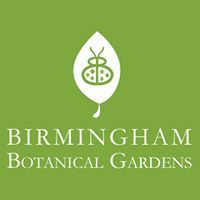