How do we navigate Birmingham revitalization while decreasing violence in all 99 Birmingham neighborhoods? 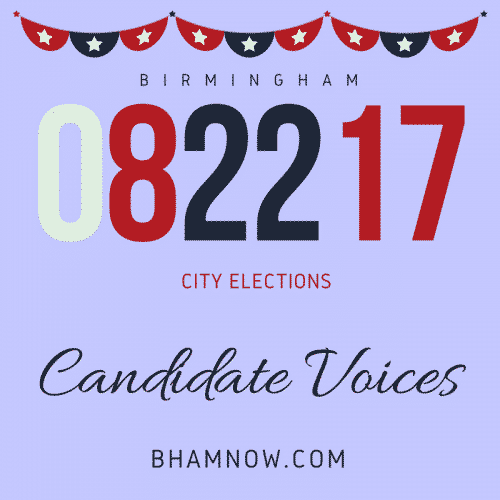 We are now less than two weeks away from Birmingham’s municipal elections. You’ll soon have the opportunity to vote for a mayor, city council members and school board members.

Want to know more about the candidates? Check out the Bham Now Voter’s Guide.

Last Saturday our collective heart broke over the senseless death of a two-year-old in Avondale, along with other violent incidents in the city.

Did you know that a Birmingham man died over an argument about a lighter?  Another man was shot at McDonald’s. All this violence. All in one week.

Yesterday four persons of interest were taken into custody over their connection to the shooting in Avondale that left a toddler dead, along with injuring his mother and another man.

While we’re all over here shaking our heads over these incidents, it seems like we are also excited to read compliments about the Magic City.

Most recently, CNN dubbed us as “charming“, which we are. But, Birmingham is also hurting. It’s crucial (and especially relevant) to know where our candidates stand on the issues of violence and revitalization.

Bham Now reached out to the mayoral candidates to get their thoughts about ways to address Birmingham’s economic and social growth while addressing the not-so-pretty issues like violence and crime.

Here’s what some of them had to say:

“Birmingham deserves a mayor that embraces economic development downtown, yet remains responsive to the needs of the other 98 neighborhoods across the city …

“Violent crime in Birmingham is our biggest challenge, and reducing it will be my top priority if I am elected mayor. I will achieve this by increasing our capacity to fight crime, addressing the root cause of crime and building trust between law enforcement in the communities they serve.

“In regards to revitalization, I will shift priorities and resources back to Birmingham neighborhoods through my revitalization agenda which will commit $5 million annually in the capital budget for resurfacing our streets and repairing sidewalks. Additionally, $3 million will be invested annually for weed abatement, demolition and land banking abandoned properties.”

“First, assess the problem. Why are these shootings taking place?

“The root of the problems stemmed from unresolved conflicts between individuals for whatever reasons. We have to be proactive in teaching our communities to care for one another.

“We need community development. We need economic opportunity. We need a different approach to community policing.

“Collect data from the police about the calls of violent crimes in the area. Revitalize infrastructure such as lighting and other entities that invite criminal activity. Increase officer visibility in the community. We have to encourage an atmosphere of caring and family in the neighborhood.

“Offer programs of conflict resolution, domestic violence and anger management in the community, so we can break the cycle before it flourishes.”

“The mayor of the largest city in Alabama must first understand and must fight and expose and educate the public.

“In the 2008 Supreme Court 5-4 decision rule in Heller v. District of Columbia, the American people have a constitutional right to own a gun to protect their homes.

“However, the Ninth Circuit Court of Appeals in Peruta v. San Diego ruled there is no constitutional right to conceal-gun carry. On June 26, 2017, the Supreme Court refused to hear the case, leaving to let stand.

“The city of Birmingham must be able to fight in court in support of those decisions in order to keep our streets safe and free of guns as much as possible.

” Moreover, driving down violent crime in Birmingham is the key and success to city revitalization.”

Since legal cases can be complex, you may want to check out some further reading and clarification on Peruta v. San Diego. Visit this link to the Washington Post’s analysis of the case.

In addition, be sure to check out this post on the Bham Now Facebook page. I’ll share thoughts from more of the mayoral candidates in the comments, as they respond.

Jefferson County residents, here’s how to prepare for a crisis—5 steps that could save your life