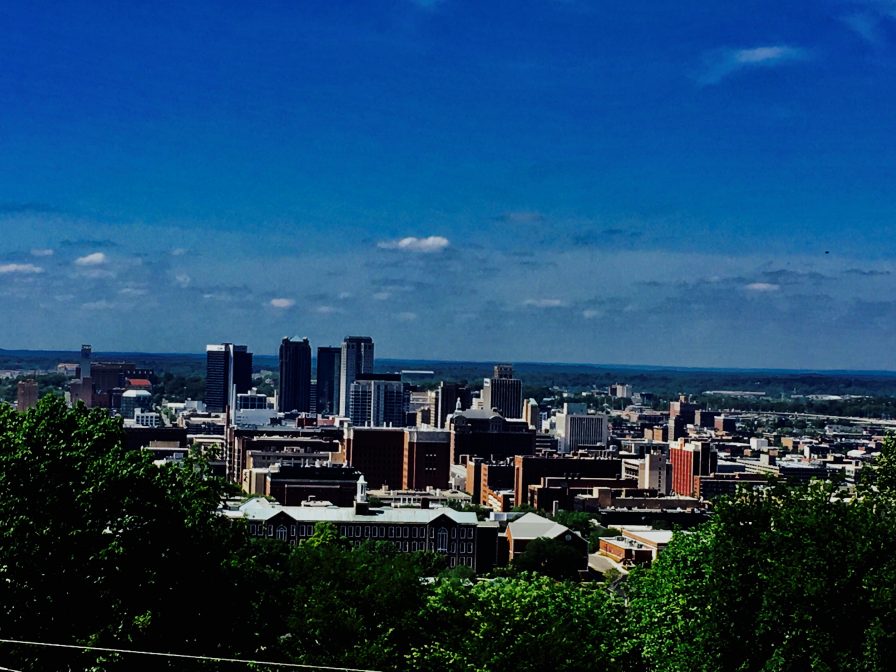 Birmingham’s air quality has shown significant improvement over the past decade, according to the annual American Lung Association’s (ALA) 2017 State of the Air Report.

Historically, Birmingham’s air quality has ranked among the worst in the nation.  This year’s ALA State of the Air Report ranked the Birmingham-Hoover-Talladega region in only one of the “most polluted” top 25 national categories.  Birmingham ranked 22nd nationally in year round particle pollution. The report also gave Birmingham an F for ozone pollution, but the metro area did not crack the top 25 most polluted national list for ozone.

One of the most encouraging parts of this year’s report were graphs showing the progress that has been made over the years concerning particle and ozone air pollution.  Below are screen shots from the 2017 State of the Air report showing the dramatic decrease in “high ozone days” and “particle pollution” days.

“The fact that metro Birmingham continues to improve its position in the American Lung Association’s State of the Air rankings is undeniably good news for our health,” stated Michael Hansen, Executive Director of GASP, Birmingham’s leading clean air advocacy organization

“Fewer bad air days means fewer asthma attacks, fewer days missed from work and school, and better overall quality of life. What this progress demonstrates, yet again, is that the Clean Air Act works. Air pollution is the single greatest environmental health risk factor for premature death and disease in the world. At a time when we are making significant gains in reducing exposure to that risk, we shouldn’t be playing games with weakening the Clean Air Act and public health protections. An improvement from bad is good, but better is not a health standard. We still have work to do and cannot stop now. This is, in my view, a call to action to defend the Clean Air Act,  Hansen concluded.

What you can do

May 1st is the start off ozone season and Air Quality Awareness Month. Learn more about what you can do to reduce air pollution by visiting the Jefferson County Health Department website and GASP.