In the world of motorsports, Birmingham and the state of Alabama have long been considered prime NASCAR country. But every April since 2010, the open-wheel racers of the Verizon IndyCar Series – the same cars and drivers that compete in the prestigious Indianapolis 500 – roll into town and transform the local sports scene.

It will happen again this year from April 21-23 at Barber Motorsports Park with the running of the eighth annual Honda Indy Grand Prix of Alabama.

Even with the appeal of the Barber Motorsports Park, which is considered to be one of the best road tracks in North America, many people were skeptical that an IndyCar race would ever catch on in Alabama. After all, the series holds only one other event in the South – the season-opener in St. Petersburg, Fla. – while stock car racing is a fixture throughout the region. Would enough people actually want to go out and watch these odd-looking cars with the high-pitched engines in person? Apparently so, as nearly 85,000 people attended last year’s Honda Indy Grand Prix of Alabama. 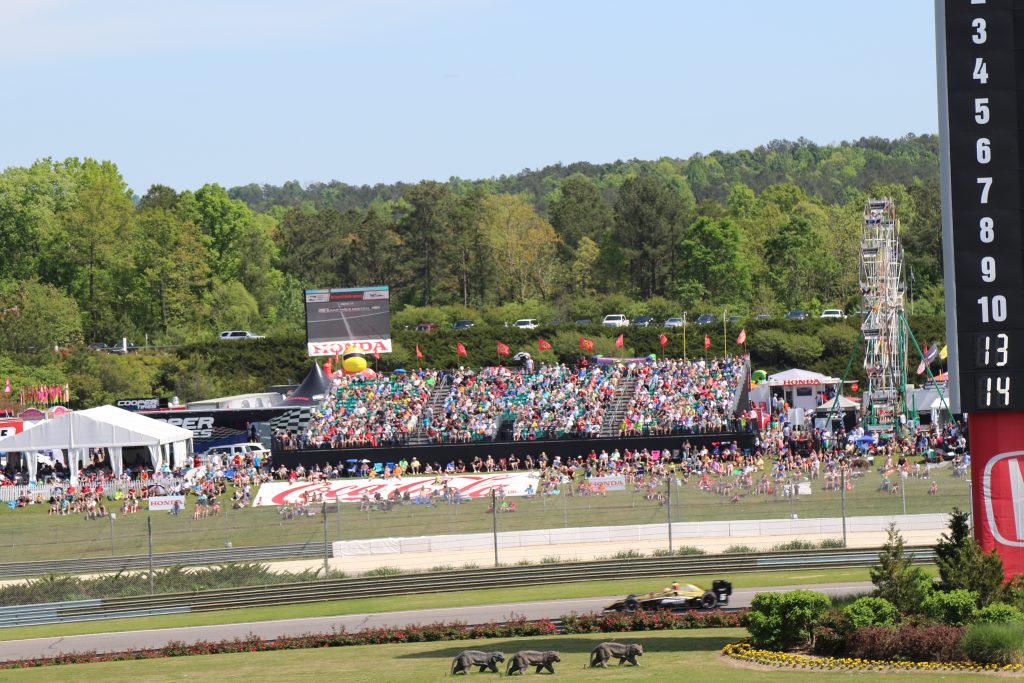 “It took some convincing, because (IndyCar officials) weren’t sure that open-wheel racing would work in the Deep South, with NASCAR being so prominent,” said Gene Hallman, president and CEO of the Bruno Event Team, which helps promote the race through its ZOOM Motorsports division. “Not only has it worked, but it’s now considered by many to be one of the top races on the IndyCar circuit.

“It’s done the opposite of what some events do, where it’s a novelty the first year and then attendance starts to slowly erode. We’ve seen just the opposite, with attendance increasingly slowly over time. Because when people go to the race they have such a positive experience. Even if you’re not an IndyCar fan, the race transcends motorsports and we have a lot of people coming out just because it’s a great social atmosphere.”

Birmingham and the state of Alabama benefit greatly from the exposure of the event. The race is broadcast nationally by the NBC Sports Network, and with a field that includes drivers from a total of nine countries, it actually captures global attention. “It provides great awareness and community exposure for Birmingham and Alabama around the world,” Hallman said.

In addition, Hallman said the race allows Alabama to promote all the gains the state has made in recent years in automobile manufacturing. He said one of the selling points for placing the race in Birmingham is that Honda has a manufacturing plant barely a half-hour away in Lincoln.

“There was a very conscious decision to have this race happen here because of Honda’s desire to showcase what they’ve been doing in Lincoln for several years,” Hallman said. “It’s one of their showcase manufacturing facilities in the world, and it’s right here in Alabama. They want to use the race as a platform to talk about the fact that the first Honda car every completely built from conception to design through production – outside of Japan – happened in Lincoln. So the partnership between Honda, IndyCar and the state of Alabama was one of most important reasons for making the race happen.”

And it appears the race will remain a fixture on the Birmingham sports calendar. IndyCar recently signed a three-year agreement to continue holding the Honda Grand Prix of Alabama through at least 2019, and Hallman said series officials have indicated that

“as long as we want the race at the Barber Motorsports Park, we can have it. They’ll bring the show to town because they feel that strongly about this market.”

For information about the Honda Indy Grand Prix of Alabama and to purchase tickets, visit barberracingevents.com.