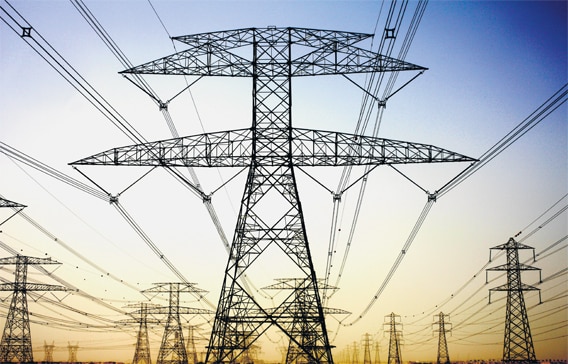 Many solar power proponents in the state of Alabama have Georgia on their mind these days. That’s because the state of Georgia seems to be light years ahead of Alabama in terms of promoting the usage of solar power through rates and money-saving programs.

As mentioned in the first part of this series, Alabama ranks near the bottom in nearly every category involving solar energy, even though a 2010 Arizona State study placed Alabama in the top 10 on a list of states that would most benefit from an increased use of solar.

Why such a big difference? Solar advocates say it primarily comes down to the lack of a supportive policy environment for solar proliferation in Alabama. In particular, solar proponents say that some of the existing rates and restrictions make it harder for people in Alabama to afford switching to solar.

“What’s holding us back in Alabama is policy,” said Kyle Crider, Energy Project Manager with the Alabama Environmental Council. “We are in the heart of the sunny south, but we’re 49th per capita in solar jobs (according to the Solar Foundation’s 2016 Solar Census). That’s ridiculous, especially when you see how pro-solar Georgia is.”

One of the main things the Georgia Legislature has done recently is unanimously pass the Solar Power Free-Market Financing Act of 2015. This clarification of existing law has made it easier for homeowners and small businesses to invest in solar through financing arrangements with private solar companies, instead of having to go through a public utility such as Georgia Power (or in Birmingham, Alabama Power).

“If you are the owner of a solar energy system and you want to install it on a business somewhere across town and then sell the electricity that your system makes to the business, this (Act) allows that form of power purchasing agreement,” said Lee Peterson, a Georgia-based tax attorney who works primarily with businesses involved in the renewable-energy sector, and is a board member of the Southern Property Rights Council.”

“Some states don’t allow this, and therefore the only place you can get electricity is from the utility. And in some states, the statutes aren’t clear, and that effectively prevents people and business from selling their energy. That was the case in Georgia, but this clarified that solar-energy purchase agreements are in fact allowed under Georgia law.”

Peterson said the current law in Alabama is “almost identical” to the old one in Georgia, and that Alabama needs to clarify its existing law to be on equal footing with Georgia and several other Southern states.

“One of the reasons Alabama is behind is simply this lack of clarity in the law,” Peterson said. “Without it, you’re going to see Alabama fall further behind, with thousands of jobs not being created and a lot of opportunity for economic investment not happening. It’s a high price to be paid for a public policy of vagueness.”

Another issue involves a billing practice called net-metering, which credits solar energy system owners for the electricity they add to the grid. During most of the daylight hours, a system’s output will exceed the actual amount of electricity being used by a home or business. Customers are provided a credit during that time and are billed only for the net energy usage, while the excess solar electricity serves the demand of nearby customers. 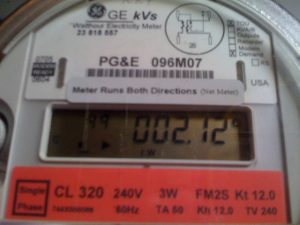 “If you have a rooftop solar system on your house, net metering allows you to send that solar power to the grid when you don’t need it, then pull power from the grid when you do, and at the end of the month it nets out on your bill,” said Katie Chiles Ottenweller, leader of the Southern Environmental Law Center’s Solar Initiative. “So if you have extra, it allows you to roll that over, sort of like rollover minutes on your cell phone. This is a common sense policy that gives customers fair credit for the valuable solar power they send to the grid.”

According to Peterson, net metering technically exists in every state. But he said it is not economically favorable to solar customers unless the state mandates that the utility pay a retail price for the energy and not just the avoided cost, which is the cost the utility avoids by buying the energy from the customer instead of purchasing it elsewhere or producing it directly. The higher retail price is required in 44 of the 50 states, but Alabama is one of the six that does not have this type of net-metering policy. So solar users in Alabama are paid substantially less for their excess power.

“Like in every state, Alabama Power buys energy from individuals and others with small solar systems,” Alabama Power spokesperson Michael Sznajderman said. “But unlike in some states, where utilities pay a retail price for that energy and force their other customers to subsidize those energy purchases, the price we pay for the energy is at avoided cost.”

However, Alabama Power also charges customers an extra fee to use solar power (“We basically tax the sun in this state,” the AEC’s Crider said). Most customers must pay a monthly charge of $5 per kilowatt. Ottenweller said the average solar home uses a 5-killowatt system, which translates to a charge of $25 per month and $300 per year.

“That’s about 50 percent of the savings that you would get from going solar,” Ottenweller said. “So the economics can make it cost prohibitive for people who want to invest in solar technologies. Georgia Power tried to impose that type of penalty in a rate case in 2013, and they ended up withdrawing it because there was so much opposition.”

Sznajderman said the reason for the cost is once again an attempt to keep rates as low as possible for all customers. Solar users are still connected to Alabama Power’s grid and must use the utility’s electricity during those times when their solar system is not generating enough power.

“Actually, a customer doesn’t have to pay that charge. It depends on what rate the customer is using,” Sznajderman said. “But for those who do pay the charge – we call it a backup charge – the same logic applies here that applies (to net metering). It’s to protect all our customers from subsidizing small solar providers.”

“Essentially, the backup charge is designed to ensure that distributed solar customers who are connected to our system pay the costs of us having – at the ready – the capacity they need when their solar systems are not producing power. If they were not charged for the backup capacity, then other customers would be paying that cost for them.”

Ottenweller disagrees, saying, “Studies have shown that solar customers provide net benefits to the grid, and continue to bear their fair share of grid costs even after going solar.” 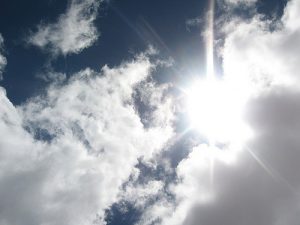 Solar power advocates believe that Alabama Power and the Alabama Public Service Commission should change some of their policies to make solar more affordable and accessible. Peterson points out that Georgia’s Solar Power Free-Market Financing Act passed with support not just from left-leaning environmentalists, but from a diverse coalition that also included conservative lawmakers, business interests and property-rights advocates. It is that final group that Peterson said should support solar in a reliably Republican / conservative state such as Alabama.

“A lot of people don’t know that they have a right to put electricity on the grid,” Peterson said. “It passed in Georgia because people understand that this is all part of fundamental property rights, which is a conservative value that Republicans can get behind. That happened in Georgia in 2015, and I’d like to see it happen in Alabama soon.”

What You Can Do

Despite the obstacles, there are some solar success stories in Alabama and ways to make solar more affordable, a topic we will examine in the third and final part of this series. More information about the solar situation in Alabama can be found at the Alabama Solar Knowledge website and the Energy Alabama website.

Follow this story with part 1: “Bright future of solar power not yet shining in Alabama” and part 3: “For a few Alabamians, solar is so good!” of our Solar Series.

Are you making plans to go solar or know a friend who did?  We’d love to hear about your experience at hello(@)bhamnow.com.