We’ve come a long way since our city founders mapped out the streets and city blocks 14 1/2 decades ago.  Nicknamed “The Magic City” only 2 years after its founding, Birmingham became Alabama’s largest city and an economic powerhouse built on steel, in just four decades, growing from a population of 3,086 in 1880 to 259,678 in 1930.  The city’s population topped out according to the 1960 census at over 340,000.

How well do you know Birmingham?  Take the quiz

In the late 50s & 60s Birmingham was the epicenter of the Civil Rights movement. It became known for racially motivated bombings , freedom riders being attacked, the children’s crusade & the fire hoses, the jailing of Martin Luther King and the bombing of the 16th Street Baptist Church, killing of four little girls.   The non-violent protests of the civil rights movement in Birmingham  “took down” the Jim Crow laws and spurred the passage of the Civil Rights Act.

Today, the city has become a home for innovation, growth and development. For example, Birmingham’s largest employer, the University of Alabama Birmingham (UAB) is a world class health research institution tackling the AIDS and diabetes epidemics.

Culturally, Birmingham has become a mecca for fine dining and for culinary innovation.  Just this year, Birmingham was named by Zagats as one of the hottest food cities in America.

It is also a place of reconciliation; a place that gave birth to the internationally renown  Birmingham Pledge and is proposing the creation of a Birmingham Civil Rights National Park. 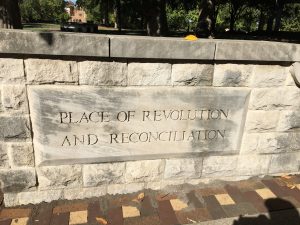 Our home is very special. Enjoy the slideshow and video below!