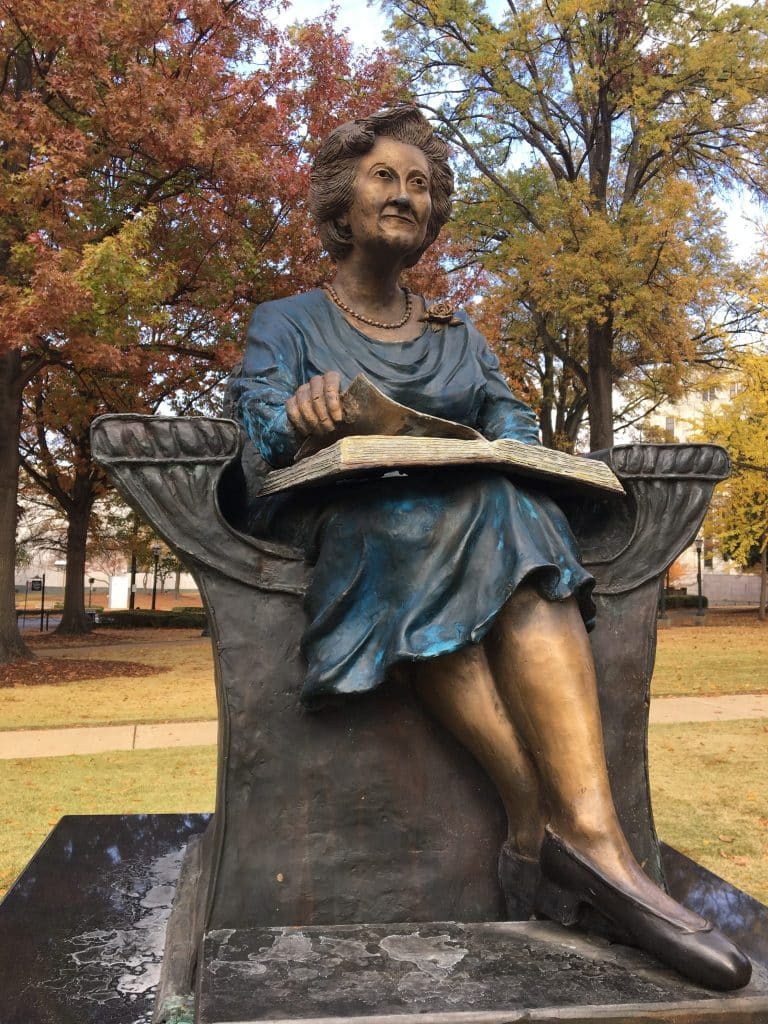 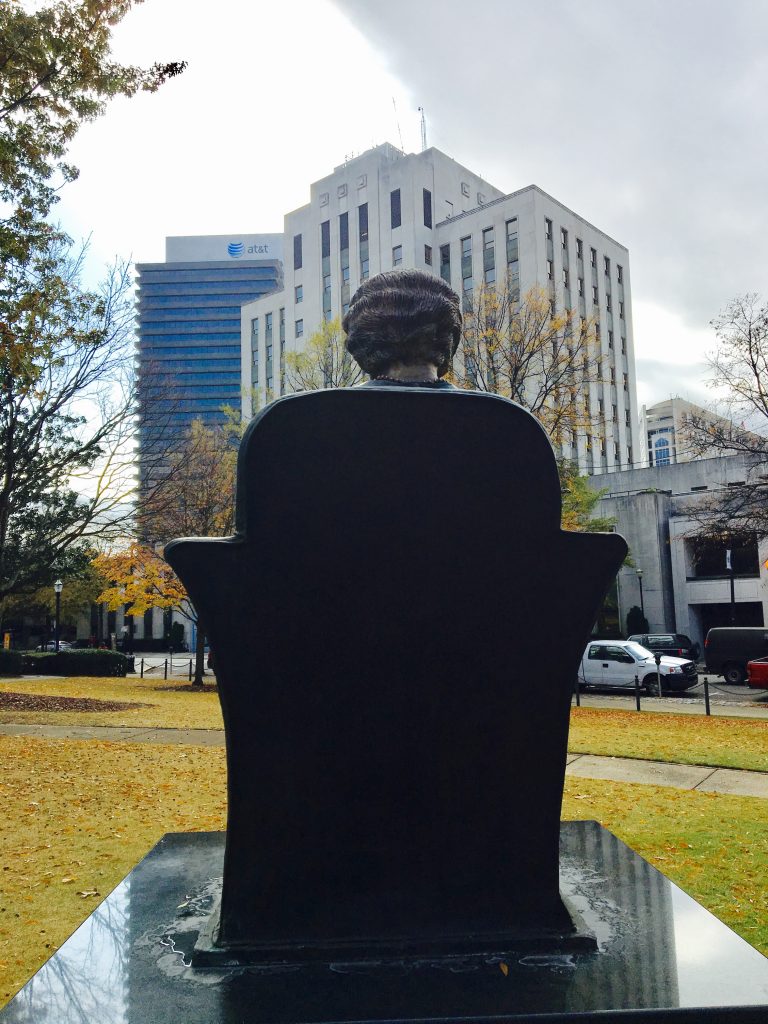 Little over a year ago, the city of Birmingham erected in Linn Park, a statue of a small diminutive woman, sitting in a chair with a law book, keeping a watchful eye over the city hall building.

The statue is of Nina Miglionico or as everyone called her “Miss Nina.” Standing at 4’11, Miss Nina was a fearless powerhouse attorney for women’s rights, a public servant and trailblazer.

A child of Italian immigrant parents, Miglionico completed her law studies  at the University of Alabama School of Law in 1936 at the age of 22.  Shortly after receiving her degree, she became one of the first women attorneys in the state to establish a law practice.

She fought for many causes, including – reforming child labor laws, the elimination of the poll tax and the right for women in Alabama to own and inherit property and to serve on juries.

In 1963, she was elected to the Birmingham City Council that abolished all segregation ordinances in the city.  In 1965, she was a target of a bomb left on her porch that failed to explode. In 1974, she had cross burned on her yard.

Despite threats to her life, Miss Nina continued to serve on the Birmingham City Council for more than 20 years, becoming the first female President of the City Council.

After her service on the Council, Miss Nina continued to work as an attorney until her death at 95 in 2009. She was an attorney for 73 years, making her the longest practicing female attorney in the history of Alabama.

Below is video from the ceremony honoring Miss Nina.