“Time is just a word, life is but a dream, love is all you need, and money ain’t a thing.

Everybody dies, but not everyone lives, so take it all in stride; one life is all you get.”

With From the Sea, Gualala, California based artist and producer Michal Menert has crafted a musical salve for those suffering from the relentless stream of contemporary reality. The record churns at the intersection of jazz, hip hop, and electronic music; following its own internal rhythm, it ebbs and flows between crystalline clarity and swirling opacity. Uplifting, yet laced with echoes of chaos and friction, From the Sea wraps itself around the listener like a Pacific coast shore break.

A youth steeped in a broad swath of both Eastern and Western musical traditions gives Menert a deep palate from which to draw; his passion for original analog sounds coupled with a vast knowledge of music history has given him a unique ability to pull from the global creative canon with ease. “We too often move through life on autopilot. When we stop and look back, it’s all a blur” explain Menert. “This record is an exploration of how seemingly inconsequential moments ripple through time and haunt us. I want to help people realize that they’re not the only ones confused about how this is all supposed to go down. It’s universal.”

For all the headiness of its ruminations, at its core the record is built around a concept of Zen-like simplicity. “The folly of youth too often keeps us from acting on insight. I’ve realized, though, that you can live life joyfully without dodging reality,” says Menert, “You really need to just change one small thing – try and make it about the greater good.”

As Menert co-produced the chart topping Pretty Lights album Taking Up Your Precious Time, it was natural that he was the first artist to join Pretty Lights Music. His debut solo album Dreaming of a Bigger Life was released in 2010, followed by 2012’s mega-LP Even If It Isn’t Right. In 2015 Menert released Space Jazz, and the debut by his band Michal Menert & the Pretty Fantastics, 1.

Menert’s reputation as a live performer continues to grow, as he brings his music to fans nationwide via both his septet, Michal Menert & The Pretty Fantastics, and his 22-piece all-star ensemble the Michal Menert Big Band. Menert has shared the stage with musical luminaries including STS9, Bassnectar, Umphrey’s McGee, and more, and played legendary venues including the Fillmore Auditorium in Denver, The Gorge in Washington and Red Rocks Amphitheatre.

His collaborations have led to the formation of myriad ongoing side projects including Manic Menert (with Manic Focus), Half Color (with Paul Basic), and work with artists like Eliot Lipp, Mux Mool, Break Science, and more. Additionally, Menert handled sound design for the Dead & Co tours, and co-produced Mickey Hart’s 2017 LP RAMU as well as his 360 Surround Sound performance at the Hayden Planetarium in New York City. Committed to a community driven approach to collaborative creativity, Menert works hand in hand with producers he chooses for his own record label, Super Best Records. 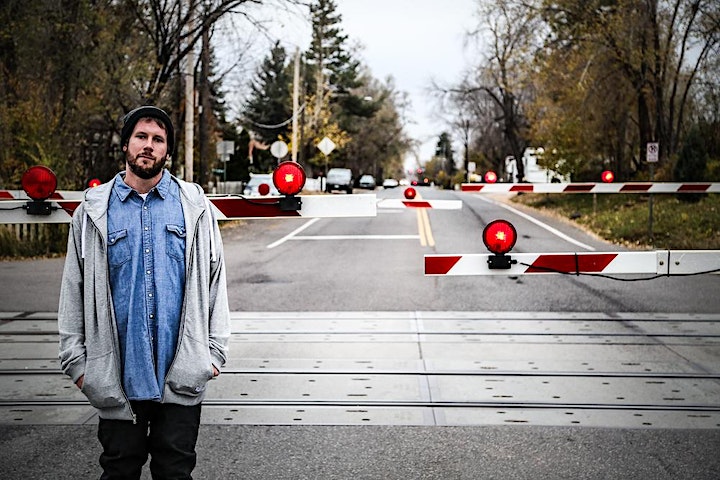 The story of Late Night Radio starts in what might seem to be the most unexpected of places: church.

Long before he cooked up his hypnotic hybrid of electronic music, hip-hop, soul, and funk, the artist born Alex Medellin spent countless hours watching mom sing two masses every week. Learning guitar and piano throughout his childhood, obsessing over everything from UGK and DJ Screw to The Doors and The Beatles, and internalizing those formative experiences, he capitalizes on that latent influence with his 2018 full-length debut, the appropriately titled Sunday .

“I only recently realized it, but my favorite music is always hair-raising,” he exclaims. “I’m really into feel-good hip-hop, soul, and funk, and all of those styles are rooted in gospel progressions. As I’ve gotten older, that really had an effect on my music. For Sunday, the vision was to take bits and pieces of those genres and chop them up into something new. It was a natural step for me to pay homage to what I grew up on. You could call it ‘Sunday music’.”

It’s also a style he’s been working towards perfecting for nearly a decade. The Houston native bounced from New Orleans to Austin to Temecula and eventually Big Bear. During 2011, he started composing music for online videos and commercials before relocating to Colorado and seriously pursuing the art as a career, going full-time in 2014. Along the way, he released a series of fan favorite EPs—Concrete College , Far Into the Night , Soap Box , and Reflective Tangents . The latter yielded “Find the Love” , which clocked over 664K Spotify streams as the EP cumulatively tallied 2 million-plus. Emotionally charged and explosive live sets transformed Late Night Radio into a Denver sensation.

As the artist commenced work on Sunday, he broke the mold yet again. For the first time, the recording would be completely live, featuring his guitar playing and keys as well as live horn sections, trumpet, trombone, and saxophone. Additionally, it became his longest project at 11 tracks.

“The easiest way to describe my music is, ‘Electronic music for people who don’t really like electronic music’,” he continues. “There’s hip-hop bass and beats, which keep it relevant. However, I’m taking it into new territory.”

Representing that evolution, the first single “In My Mind” hinges on funked-up clean guitar, glistening harmonies, jazz-y horns, and an airtight groove.

“That’s my modern take on a soul song,” he says. “It’s about empowerment and staying positive through today’s climate. It’s a bit of a statement for me.”

Meanwhile, the follow-up single “Overdue” segues from a steeple-size hum into a fingersnap-punctuated boom-bap beat that’s impossible to shake. In the end, the moniker Late Night Radio reflects the vibrant versatility at the heart of the sound.

“At 3AM, DJs will play whatever they want on the radio,” he leaves off. “That’s what I’m doing. It’s a very eclectic mix. It’s who I am.”