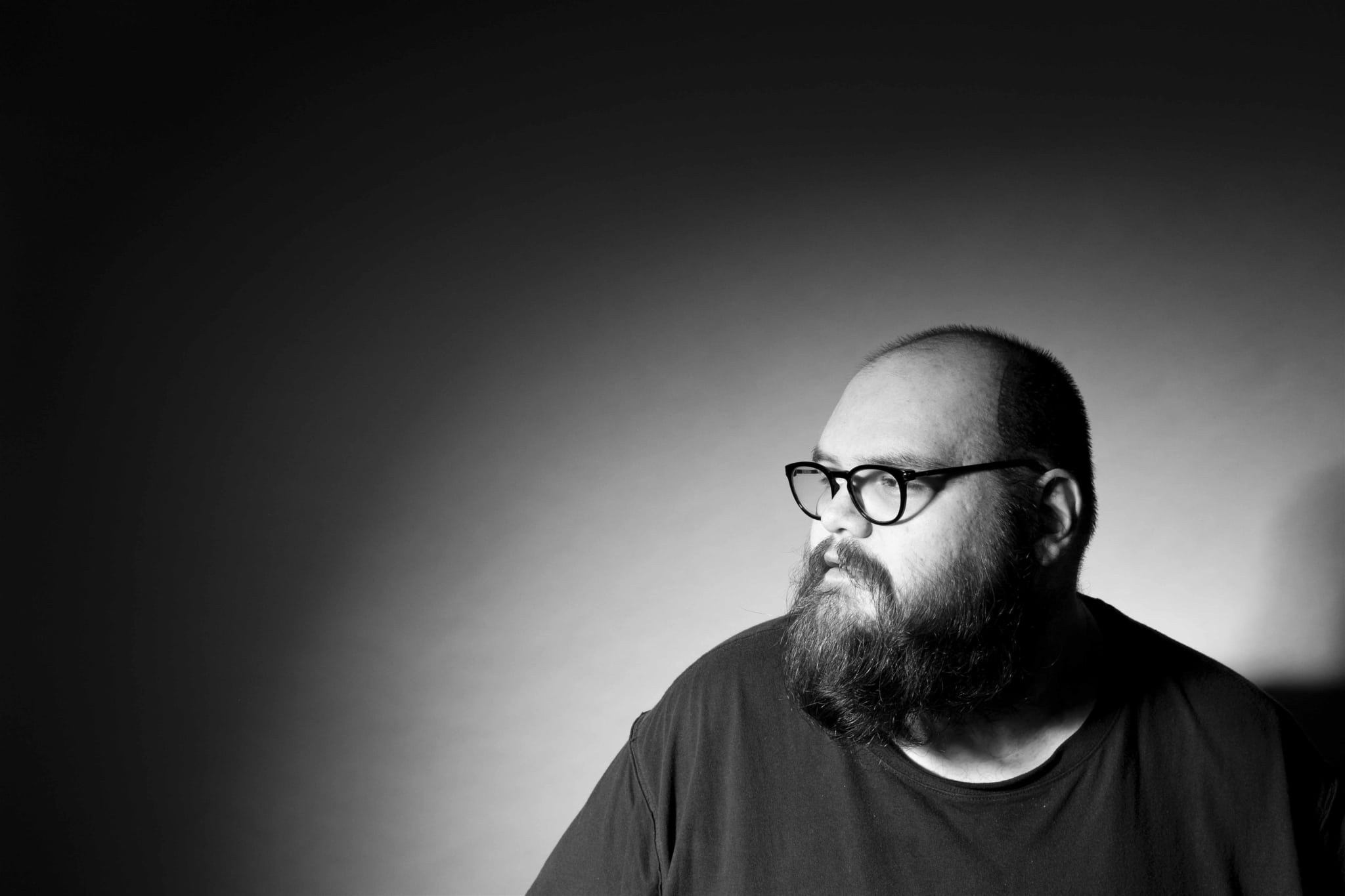 The replay of John Moreland’s network television debut is…glorious and affirming and a sucker punch. He is announced by Stephen Colbert, lights dissolve, and the camera slowly focuses on the person midway across the unadorned stage, revealing him beneath muted blue lights.

Then he begins to sing, to caress the song “Break My Heart Sweetly,” and all that remains is to whisper, “Oh, my god.”

In Colbert’s studio everybody stood, like they were in church.

Big Bad Luv is the record John Moreland made after, after everything in his life changed. For the better.

He sings in one of those accents from flyover country that’s impossible to locate and implausible to mimic. (Texas, by way of Northern Kentucky, but mostly Tulsa, as it happens.) He sings directly from his heart, with none of the restraint and filters and caution the rest of us would apply for public protection. He sings with resolute courage.

And writes. Writes with simple eloquence about love and faith and isolation; the human condition; what every song and poem and novel is about, at the core: Life.

“Break My Heart Sweetly” came from his second solo album, released in 2013 and titled In the Throes. High on Tulsa Heat, released through Thirty Tigers, landed him on Colbert’s stage (that’s the LP Colbert held up). Song placements on “Sons of Anarchy,” an emerging artist nomination from the Americana Music Association.

Enough sales to compel Moreland to give up his DIY label operation, and sign with 4AD. “It grew to the point where I couldn’t really handle everything myself,” he says. “Even with a manager and a small team, I came to the conclusion that I’d like to play music and not worry about the other stuff.”

Enough success to buy a measure of peace, and not more pain. “I expected to just play in the corner of the bar and have people not really pay attention, make $100, go home and go to work the next morning, doing something I didn’t like,” Moreland says. “So, yeah, I didn’t really expect to be here. But, then, on the other hand, I did. I feel like I’m good enough to be here. And I’ve always been confident, even when I probably shouldn’t have been. I knew I was an outsider. I didn’t have a lot of faith in the music industry to let me in. But I guess they have. To some extent. That’s what I hoped for, but I wasn’t sure that would be how it worked.”

“In churches learning how to hate yourself/Ain’t grace a wretched old thing” he sings, the song called “Ain’t We Gold.” Big Bad Luv is unmistakably a rock ‘n’ roll record. If, that is, one understands the term to include Ray Wylie Hubbard, John Hiatt, and Lucero. Or The Band, maybe. Insistent songs, coming from a voice as elegant as unfinished barn wood, songs which insist upon their words being heard.

His fourth solo album, not discounting two records with the Black Gold Band and a third with the Dust Bowl Souls. Nor discounting early excursions into hardcore which were not youthful indiscretions but crucial training in the emotional honesty of confessional songwriting. A rock album, to be performed by a rock band. A partial break with the solitude of solo touring.

“Two or three years ago,” Moreland says, “it would have been impossible to picture touring with a band. Now that’s changed. I think I’ll still do some solo or stripped down shows, but I have the option to bring a band with me if I want. Ultimately it’s just what the songs felt like they should be.”

Big Bad Luv was recorded down in Little Rock, mostly with a crew of Tulsa friends: John Calvin Abney on piano and guitar, back from Tulsa Heat; Aaron Boehler on bass; Paddy Ryan on drums; Jared Tyler on dobro. And then Lucero’s Rick Steff on piano, which ended up being the catalyst for completion.

“I always start off writing whatever comes naturally,” Moreland says. “Once I’ve got seven or eight of those, then I’ll take stock and look at what I’ve got, figure out what belongs on a record together, and what might not. Then I’ll figure out what kind of songs I need.”

Three sessions over ten months, sandwiched between touring dates and life. The final sequence roughly approximating the order in which songs were written. “I chose the sequence for what I thought worked best musically,” he says, untroubled.

“Quick bursts of recording,” Moreland goes on. Gives off a quick laugh. “It’s not like we’re sitting there over-thinking the performances, I’m definitely a fan of just hit record and play it. But then there’s long stretches where I’m not in the studio, when I’m listening to what I did, asking how do I turn this into a record?”

The key turned out to be Rick Steff’s promise to record next week, even though Moreland didn’t have songs, not a one. “I went home and wrote five songs in four days and finished up,” Moreland says. Another deep, wry laugh.

Big Bad Luv is, at least by comparison…maybe…a happier record? “I don’t think I’m writing songs that are that much different,” Moreland says. “It’s always been a positive thing at heart, even if a song isn’t sunshine and rainbows. At the very least my songs have been a way to exorcise negative feelings so that I can move on. And hopefully they provide that same experience to listeners. So that’s what I’m still doing. I think it’s a positive thing. I think this record, there’s definitely a change in attitude, but it’s the same point of view.”

Oh, yeah. And Tchad Blake mixed it. “He’s also the only person I’ve ever worked with on a record whose name I can drop.”

“Slow down easy, I’ve been hauling a heavy soul,” he sings, this song titled “Slow Down Easy.” Carrying it for all of us, but no longer alone.