FacebookLinkedInTweet
Ashley McBryde – The One Night Standards Tour at Saturn

Lauded by The New York Times as “an alluringly flexible singer, fluent in classic country, blues and Southern rock, with a voice that moves easily from tender to tough,” Ashley McBryde’s GRAMMY-nominated Girl Going Nowhere (released March 30, 2018 on Atlantic Records/Warner Nashville) earned the Arkansas native critical acclaim from Rolling Stone, Variety and more with The Washington Post raving, “McBryde’s blue-collar storytelling and straightforward singing set her apart.” The seminal title track on the Jay Joyce-produced LP continues to propel McBryde’s career to great heights with recognition this year by the Academy of Country Music as New Female Artist of the Year as well as CMT’s Breakthrough Video of the Year award. McBryde will appear as a special guest in August on George Strait’s Strait to Vegas shows at T-Mobile Arena in Las Vegas and as support to Miranda Lambert on her Roadside Bars & Pink Guitars Tour this fall. For tour dates and more information, visit AshleyMcBryde.com or follow her on Facebook at http://www.facebook.com/AshleyMcBryde, Instagram @ashleymcbryde and Twitter at @AshleyMcBryde. 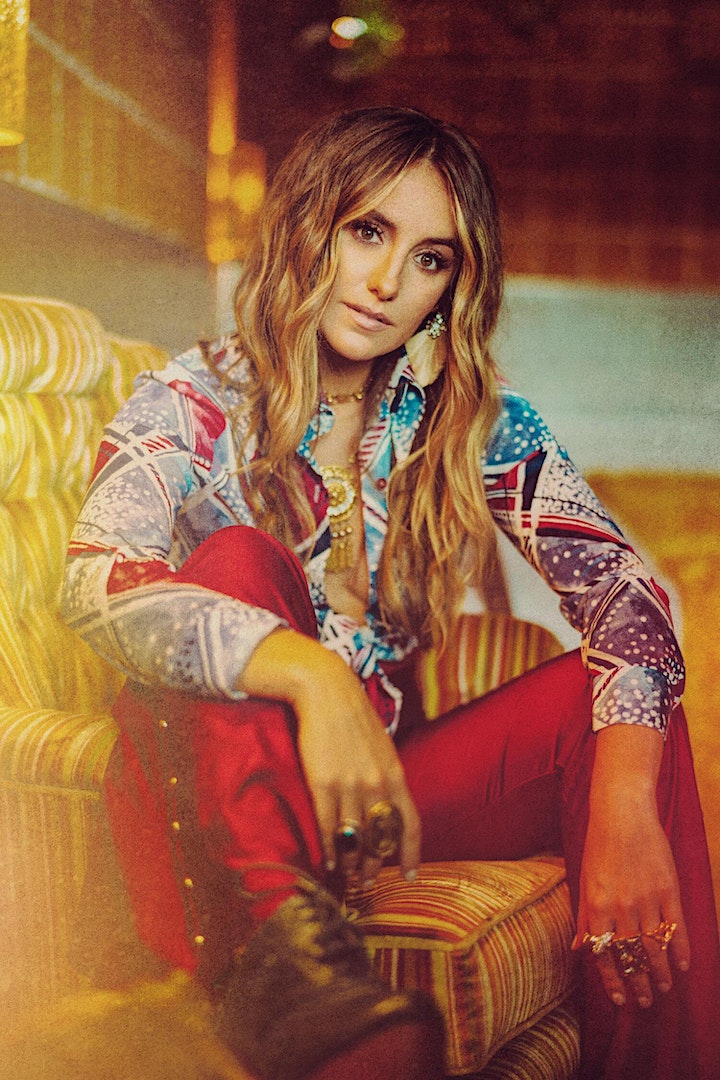 Lainey Wilson’s music is by equal measures richly textured and forthright – much like her honeyed Louisiana drawl, which is as likely to offer you a warm word of encouragement as it is to call you on your bullshit. Signed to BBR Music Group’s flagship imprint, Broken Bow Records, Wilson has spent years honing her song craft and developing her own “bell bottom country” sound, which is unapologetic, gritty, free-spirited, and exemplary of both her personality and her preferred fashion aesthetic.

Her songs and live performances are anchored in straightforward, raw emotion that doesn’t beat around the bush about who Lainey Wilson is – either as a person or an artist. NPR’s Jewly Hight calls Wilson “unabashedly down-home and unflappably worldly,” noting that “with a pronounced drawl and sweetened sting, of willful recklessness, wielding the power of damaging secrets and feeling empowered by allowing herself outbursts of irreverence.” It’s these sensibilities that continue to draw listeners to Wilson’s music and led CMT to proclaim her one of their “Next Women of Country” for 2019. She’s a blue-collar daughter filled with ambition, humility, and perseverance; the value of an honest day’s work having been ingrained in her from the moment she could walk.

Hailing from the rural farming community of Baskin, Louisiana (pop. 300), where her family has tilled the land for five generations, Wilson cultivated her tenacious work ethic just as her family cultivated corn, wheat, soybeans, oats, and more. She learned that daily chores on the farm were a family affair, and every member had to do their part.

Music was also a family affair. Wilson’s father played guitar, her mother loved to dance, and her grandparents often took her to bluegrass festivals. She wrote her first song at age nine, and her dad taught her how to play guitar at age 11. Wilson’s love for writing and performing continued to grow as she booked herself gigs throughout high school, even working for a stint as a Hannah Montana impersonator performing at children’s birthday parties and events – with Lainey Wilson the artist opening for Montana, of course.

It wasn’t long until Wilson moved to Nashville to pursue her dream of making music, with little more to her name than that dream and a Flagstaff bumper-pull travel trailer. She lived in that camper outside of a longtime family friend’s recording studio for three years. It was during this time that Wilson began to make inroads with Nashville’s tight-knit songwriting community, forging invaluable creative relationships with other up-and-coming songwriters in town and steadily developing her own voice as both a writer and an artist.

“My songs are a part of who I am. As my artistry has grown, it’s just kind of taught me not to be ashamed of who I am. To love everything about my life – even the harder parts – because all those things make me who I am. And that’s true for everybody,” she says. “We never want to go through the hard times, but I’m thankful for the ones I’ve had. I’ve gotten the songs I have from those experiences, and I’ve found that the more vulnerable I am and the more truthful I am, whether it is funny or sad or whatever — the more I am myself, the more people will honestly connect with me and my music.”

Wilson’s determined openness and salt-of-the-earth upbringing has prepared her well for the year ahead. She is starting 2019 with a supporting slot on chart-topping artist Morgan Wallen’s If I Know Me Tour before going in-studio to record her first project for Broken Bow Records. The year ahead may be full of early mornings, late nights, and many more firsts for the charismatic singer/songwriter, but Wilson remains undaunted – energized, even – by the long days ahead of her.

“Where I come from, there are years when you get a plentiful crop. Then there are years when you get too much rain, or not enough. Either way, you still have to get up every morning at the crack of dawn to take care of your crops. It’s the same with music,” she says. “We get up every single day and we work toward that good crop, no matter how hard. And we do what it takes, because it’s in our blood, and we don’t know any other way.”