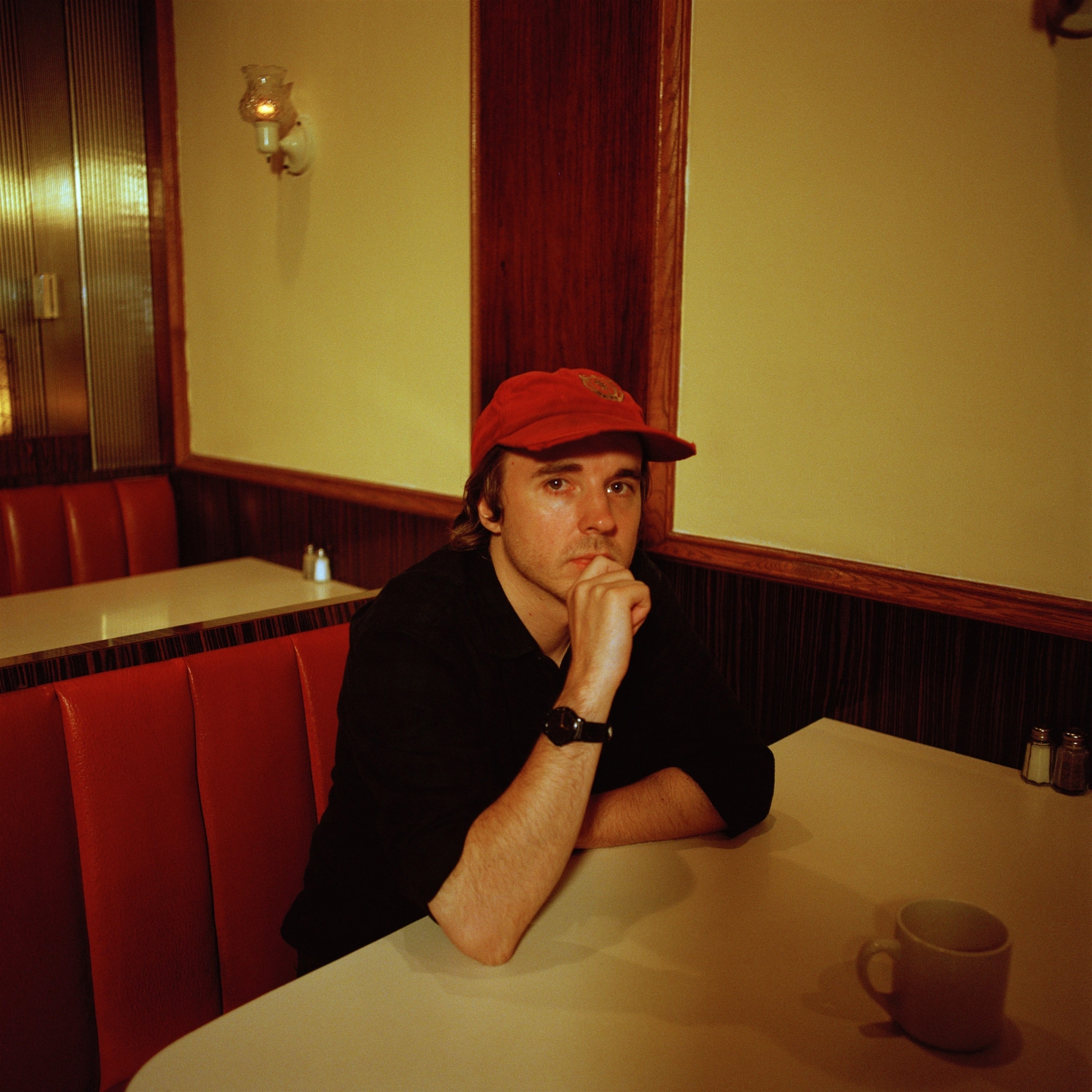 Out January 24, 2020 on ANTI-Few artists are storytellers as deft and disarmingly observational as Andy Shauf. The Toronto-based, Saskatchewan-raised musician’s songs unfold like short fiction: they’re densely layered with colorful characters and a rich emotional depth. On his new album The Neon Skyline (out January 24 via ANTI-), he sets a familiar scene of inviting a friend for beers on the opening title track: “I said, ‘Come to the Skyline, I’ll be washing my sins away.’ He just laughed, said ‘I’ll be late, you know how I can be.'” The LP’s 11 interconnected tracks follow a simple plot: the narrator goes to his neighborhood dive, finds out his ex is back in town, and she eventually shows up. While its overarching narrative is riveting, the real thrill of the album comes from how Shauf finds the humanity and humor in a typical night out and the ashes of a past relationship.

His last full-length 2016’s The Party was an impressive collection of ornate and affecting songs that followed different attendees of a house party. Shauf’s attention-to-detail in his writing evoked Randy Newman and his unorthodox, flowing lyrical phrasing recalled Joni Mitchell. Though that album was his breakthrough, his undeniable songwriting talent has been long evident. Raised in Bienfait, Saskatchewan, he cut his teeth in the nearby Regina music community. His 2012 LP The Bearer of Bad News documented his already-formed musical ambition and showcased Shauf’s burgeoning voice as a narrative songwriter with songs like “Hometown Hero,” “Wendell Walker,” and “My Dear Helen” feeling like standalone, self-contained worlds. In 2018, his band Foxwarren, formed over 10 years ago with childhood friends, released a self-titled album where Pitchfork recognized how “Shauf has diligently refined his storytelling during the last decade.”

The Party earned a spot on the Polaris Music Prize 2016 shortlist and launched Shauf to an appearance on The Late Late Show with James Corden as well as glowing accolades from NPR, The Washington Post, The Guardian, and more. “That LP was a concept record and it really made me want to do a better album. I wanted to have a more cohesive story,” says Shauf. Where the concept of The Party revealed itself midway through the writing process, he knew the story he wanted to tell on The Neon Skyline from the start. “I kept coming back to the same situation of one guy going to a bar, which was basically exactly what I was doing at the time. These songs are fictional but it’s not too far off from where my life was,” Shauf explains.

For The Neon Skyline, Shauf chose to start each composition on guitar instead of his usual piano. He says, “I wanted to be able to sit down and play each song with just a guitar without having to rely on some sort of a clever arrangement to make it whole.” The resulting album finds its immediacy in simplicity. While the arrangements on folksy “The Moon” are unfussy and song-centered like the best Gordon Lightfoot offerings, his drive to experiment is still obvious. This is especially so on the unmoored relationship autopsy “Thirteen Hours,” which boasts an arrangement that’s both jazzy and adventurous.

Like he’s done throughout his career, Shauf wrote, performed, arranged, and produced every song on The Neon Skyline, this time at his new studio space in the west end of Toronto. Happy accidents like Shauf testing out a new spring reverb pedal led to album cuts like the woozy closer “Changer” and experimenting with tape machines forced him to simplify how he’d arrange the tracks. Over the course of a year-and-a-half, Shauf ended up with almost 50 songs all about the same night at the bar. Though paring down his massive body of work to a single album’s worth of material was a challenge for Shauf, the final tracklist is seamless and fully-formed.

As much as The Neon Skyline is about a normal night at a bar with friends and a bartender who knows exactly what you’ll order before you sit down, the album is also about the painful processing of a lost love. Lead single “Things I Do” examines the dissolution of the narrator’s past relationship. Over tense and jazz-minded instrumentation, Shauf sings, “Seems like I should have known better than to turn my head like it didn’t matter. Why do I do the things I do when I know I am losing you?” He explains, “a lot of this record is a breakup record. I haven’t had a breakup in a long time, but a lot of relationships have had one of those nights where one person shows up somewhere when they weren’t supposed to and then picks a fight with their partner.” Elsewhere, songs like “Clove Cigarette” explore the better times, honing in on a memory that “takes me back to your summer dress.”

With any album about a lost love, the key ingredient is a generosity and kindness that can only come from a writer as empathic as Shauf. On the standout personality-filled single “Try Again,” the narrator, his friends, and his ex find themselves at a new bar. The former lovers’ reunion is awkwardly funny and even sweet, as he sings, “Somewhere between drunkenness and charity, she puts her hand on the sleeve of my coat. She says ‘I’ve missed this.’ I say “I know, I’ve missed you too.” She says, ‘I was actually talking about your coat.'” It’s a charming moment on a record filled with them. Shauf’s characters are all sympathetic here, people who share countless inside jokes, shots, and life-or-death musings on things like reincarnation when the night gets hazy. On top of heartbreak, friendship, and the mundane moments of humanity that define his songwriting, Shauf makes music that explores how easy it is to find yourself in familiar patterns and repeat the same mistakes of your past. His characters wonder, “Did this relationship end too soon? Would going to another bar cheer my friend up?” Or in the case of the foreboding “Living Room,” where a character asks herself, “How hard is it to give a shit?” the songs on The Neon Skyline ultimately take solace in accepting that life goes on and things will be okay. Shauf says, “there’s moments on the album where the characters are thinking ‘this is the end of the world.’ But there are also moments with some clarity and perspective: Nothing is the end of the world.”