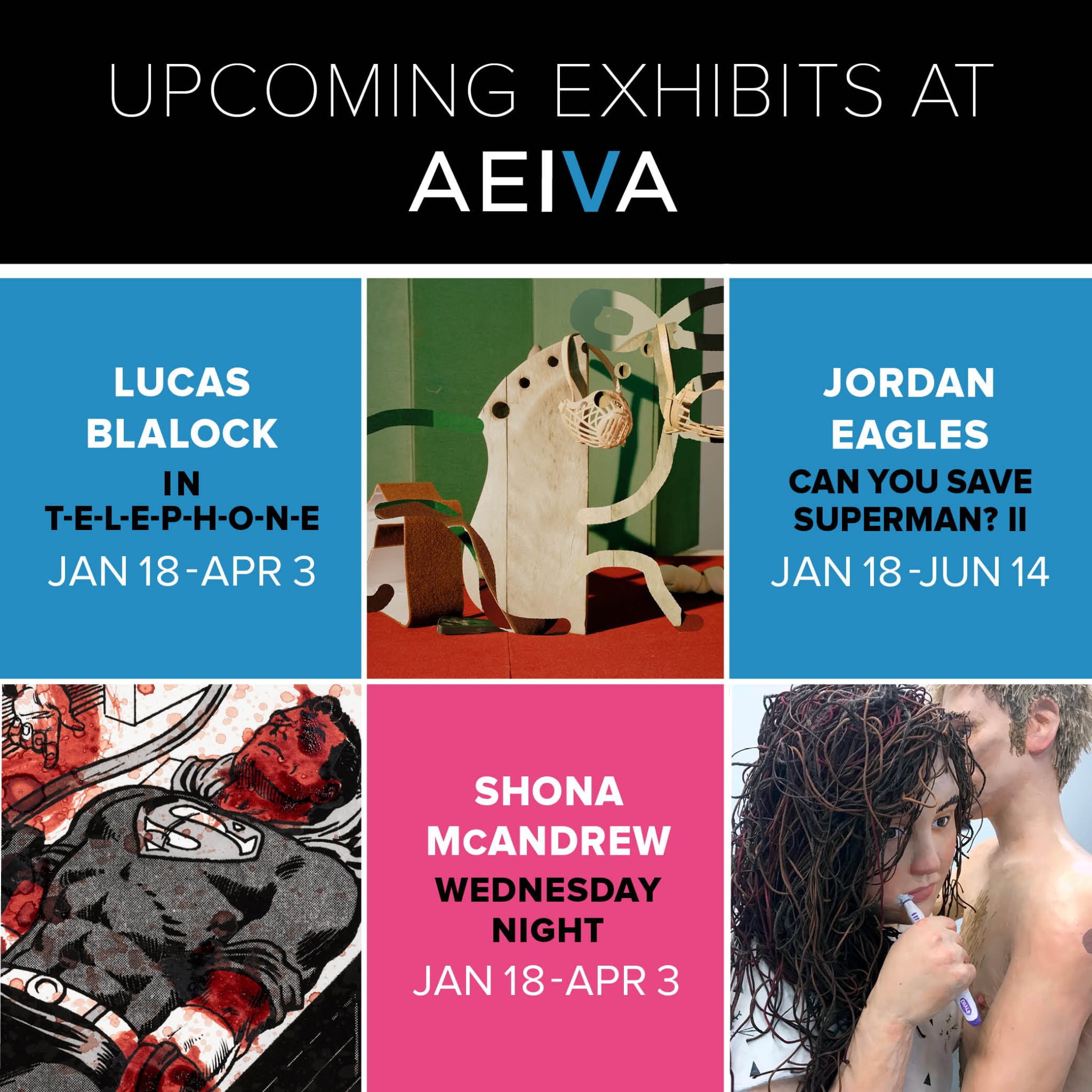 Lucas Blalock uses both traditional and modern photographic processes to exploit the inherent artificiality of photography to present “constructed representations” that reveal deeper truths about our own existence. Referencing the history of photography, visual art, avant-garde theater, and surrealist filmmaking, Blalock’s work is an evolving conversation with itself about humanity’s current “culture of imagery,” and the simultaneous dilution and strengthening of modern photographic imagery.

Blalock’s work conceptually builds upon the foundation laid by the post-modern photographers of the 1960s and 70s, who used “staged” photography to shift the medium away from photography’s traditional function as journalistic documentation – a shift that is largely attributed to the widespread cultural disillusionment associated with America’s involvement in Vietnam. These artists sought to question the role of photography as a reliable presentation of historical fact; a cultural dilemma we, as a society, still face today.

The title of this AEIVA exhibition, Lucas Blalock in T-E-L-E-P-H-O-N-E humorously breaks the metaphorical “fourth wall” by announcing the artist’s own starring role. In its naming, Blalock draws conceptual inspiration from the classic children’s game “Telephone” in which a group of children pass along information to each other through a series of 1-on-1 whispers until the message has evolved into something unrecognizable when compared to the original message. The artworks on display, not easily classifiable as either photographs or paintings, engage in an ongoing “whispered dialogue” with each other; resulting in a playful and sometimes unsettling series of misinterpreted appropriations of themselves. This concept evolves into a visual deconstruction of our culture’s desensitized and convoluted relationship with photographic imagery as well as the way we consume and digest visual information in the 21st century.

Blalock’s self-referential installations offer a metaphorical dialogue between the art and viewer through their exploration of our own reactions to a culture inundated with continuous photographic bombardment, while teasing the possibility of new insights and undiscovered truths these images might reveal about ourselves.

Here is a very insightful video about Lucas’ process that we think you should check out!
https://art21.org/watch/new-york-close-up/lucas-blalocks-digital-toolkit/

Lucas Blalock received his MFA from UCLA in 2013, and currently lives and works in New York City. His work has been featured in numerous exhibitions all over the world, including the United States, Germany, Belgium, Switzerland, Russia, Japan, Italy, the United Kingdom, and others. His work resides in numerous public and private collections, including The Whitney Museum of Art, the Guggenheim Museum, The Metropolitan Museum of Art, the Museum of Modern Art, the Hammer Museum, and the Los Angeles County Museum of Art, just to name a few. Blalock was recently featured in the Whitney Biennale 2019 at the Whitney Museum of American Art, New York, NY.

Special thanks to Lucas Blalock, Eva Presenhuber Galerie (Zurich/New York), and all the lenders to this exhibition. Thank you to our Arts members and supporters – without you this exhibition and programming would not be possible.