The second show of Virginia Samford Theatre’s 2019-2020 season is the timeless and hilarious play You Can’t Take It With You. It hits the stage on November 1 and runs through November 10. Catch the show on Wednesdays through Saturdays at 7:30 p.m. and on Sundays at 2:30 p.m. Purchase your tickets today.

The Story of You Can’t Take It With You

You Can’t Take It With You is a comedy written by George Kaufman and Moss Hart. The show first premiered on Broadway in 1936. The following year, it was awarded the Pulitzer Prize for Drama. Ever since amateur rights to the production became available in 1939, the play is one of the top 10 most-produced plays year over year.

You Can’t Take It With You is the story of two families who couldn’t be more different.

On one hand, you have the zany Sycamore family. The Sycamores embrace everything from tending to snakes, making fireworks in the basement, writing strange plays, tax evasion and more. On the other hand, you have the Kirby family: well-to-do, stuffy and, dare I say, boring by comparison.

But chaos ensues when the practical and responsible Alice Sycamore invites her new fiance Tony Kirby and his family over to dinner. The catch? Tony’s father is the vice president of the company where Alice also works. To make matters worse: Tony brings his parents to dinner a day early and leaves Alice no time to prepare her wacky family to appear “normal.”

And that’s just the tip of the iceberg. Purchase your tickets to find out what happens next for these two families.

David grew up doing plays at the theater when it was still Town & Gown Theatre. For a number of years, he was an actor. But eventually, David began exploring other artistic endeavors, from writing to making documentaries.

Then four years ago, David also began directing plays at Virginia Samford Theatre. The first was Shakespeare’s Twelfth Night set in New York’s East Village in the early 1980s. Later, he directed The Taming of the Shrew set in 1960s at the beginning of the feminist movement. He followed that with a rendition of Molière’s Tartuffe set in Alabama instead of France, with a revival coming later this season.

“With Shakespeare and even with Tartuffe, you’re able to put your own spin on it, but this play is the first one I’ve done where it’s less of me putting a concept on it, so much as just trying to be faithful to the original.”

But even that comes with its own challenges.

“Although there’s a clear blueprint and it’s been done so many times, this is still a beast of a play,” says David.

Virginia Samford Theatre’s production of You Can’t Take It With You boasts the combined talents of 17 actors, who each bring something unique to their roles.

“The play itself is legitimately funny, but we also have such gifted, truly hilarious actors,” says David.

Another aspect of this particular production is that will be performed in the Martha Moore Sykes Studio, an intimate 90-seat performance space.

At one point during the show, all 17 actors are on stage together. The juxtaposition of a large cast and the size of the Martha Moore Sykes Studio introduces an immersive element to this dynamic play.

“There’s the sense that anything could happen,” says David. “These actors are exciting. They’re surprising, they make weird choices, and that makes me happy.”

In David’s opinion, there is something deeply relatable about You Can’t Take It With You.

“There is a timeless aspect to it that certainly resonates in this world we live in. I think it has to do with love transcending our differences: class differences, social differences and, hopefully, our political differences.”

If we’re being honest, each and every one of us is part of our own quirky family that loves each other despite our differences. In that sense, this production of You Can’t Take It With You couldn’t come at a better time. Just think of it as pre-gaming for Thanksgiving with your own kooky yet lovable family members. 😉

Don’t miss this unforgettable performance at Virginia Samford Theatre! Tickets are available online; tickets for adults are $25, and student tickets are $20.

You Can’t Take It With You
November 1-10
Wednesday-Saturdays at 7:30 PM
Sundays at 2:30 PM
Martha Moore Sykes Studio 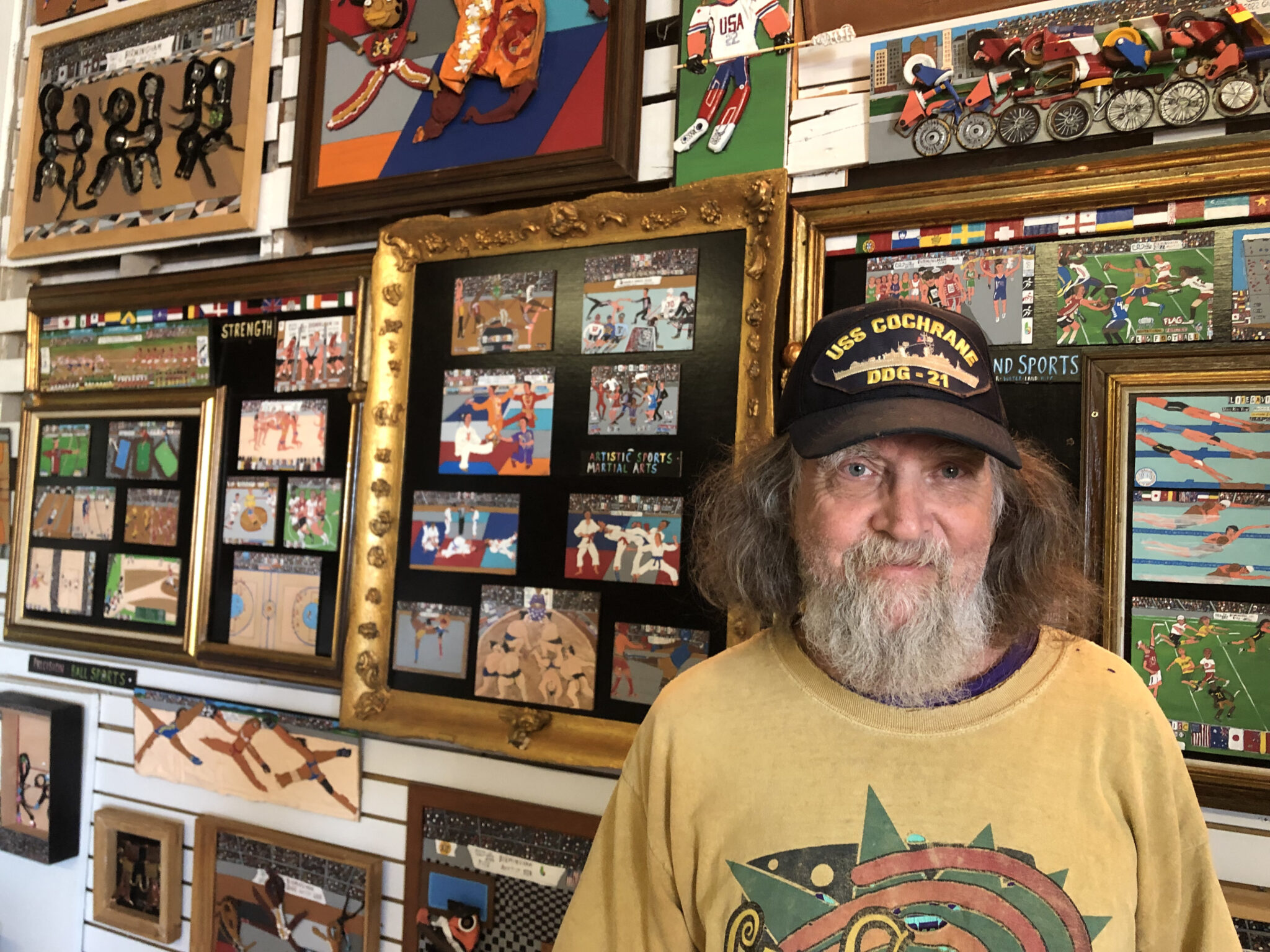